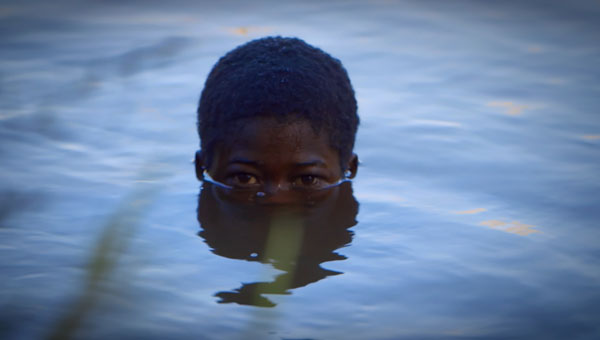 Watching the credits roll for Stateless (2020) by Michèle Stephenson, my mind wafted to Night and Fog, the searing documentary, by French filmmaker, Alain Resnais (1922-2014). For like Resnais, whose 1956 release recounted the atrocities that transpired at Nazi concentration camps, Haiti-born Stephenson also chronicles, in her film, the horrors that humans can inflict upon each other — namely the expulsion of Haitians and Dominicans of Haitian descent from the Dominican Republic (DR).

Haiti and the DR comprise, respectively, the western and eastern regions of the Caribbean island, Hispaniola.

“I grew up knowing about the deeply racist and genocidal prejudices that the DR holds against Haitians,” Stephenson told me in a phone interview from her home in Brooklyn. “So, my motivation for making the documentary was both personal and political. The National Film Board of Canada offered enthusiastic support.”

Unflinching in its examination of skin color bias, political corruption, and economic injustice, Stateless probes the hostilities that prompted the DR government to exterminate, in 1937, thousands of (dark-complexioned) Haitians and Dominicans of Haitian ancestry. 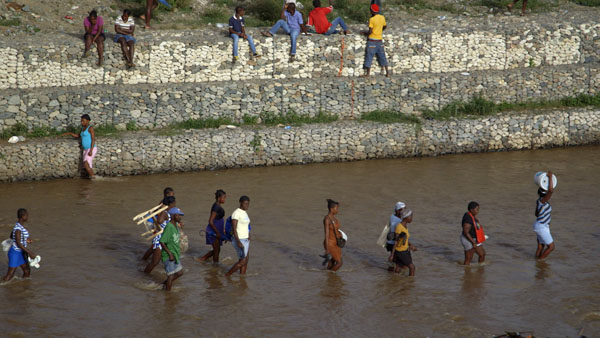 Dark-skinned people crossing the river at the Frontier, between Haiti and the Dominican Republic. Image from the film, Stateless.

In a 2013 reprise of its white supremacist crusade, the government revoked the citizenship of all Dominicans of Haitian descent, retroactive to 1929. The act ushered more than 200,000 people into a nightmarish limbo state between the two countries.

Taking a disgraceful page from former US president, Donald Trump, DR officials, earlier this year, ordered the construction of a border wall to deter Haitians from migrating to the nation that has historically elevated Dominicans of Spanish ancestry over people of African descent.

Dismayed by the brutal Duvalier regime, Stephenson’s parents fled Haiti, in 1966, when she was an infant. The family later settled in the Eastern Townships of Quebec.

“The mountainous landscape reminded my father of Haiti,” Stephenson said, noting her mother’s Panamanian roots. It was there, Stephenson added, that she also first encountered “good old-fashioned Canadian racism”.

“One day, a little blonde kid called me the ’N’ word,” she explained. “So, I was in a lot of fights.” To defuse racial tensions, her parents moved to the more urban city of Sherbrooke, Quebec. There, in Grade 4, Stephenson counted as her “salvation,” Mrs. Preiss, her first-ever Black teacher. “I adored her,” she declared.

Stephenson went on to earn degrees in political science, international affairs, law, and later worked as a human rights attorney. In the late 1990s, she began making documentaries. “I got hooked on the process,” she told me.  “I felt that film could have a bigger impact and change culture in ways that my legal work could not.”

Indeed, her 2013 documentary, American Promise (written and co-produced with her partner, Joe Brewster) garnered numerous awards for its portrait of two Black youths (one of them their son, Idris) as they pursued their schooling in New York. 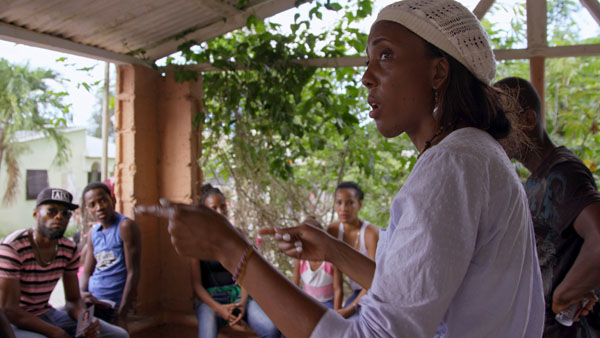 Rosa Iris on the election campaign trail in the DR. Image from the film, Stateless.

Stephenson spent six years crafting Stateless. The riveting narrative centres on Rosa Iris Diendomi-Àlvarez, an activist lawyer, of Dominican and Haitian ancestry. Viewers bear witness as she struggles to help people secure the documents (i.e., birth certificates, identity cards) that DR officials now require of them to “prove” their nationality. The film also tracks the devoted mother of a young son, as she campaigns for elective office in the DR.

In a recent essay, Stephenson (a self-described “light-skinned Black Latinx”) noted the discrimination her immigrant family suffered in Canada. Thus, she “felt compelled to take the journey” with Rosa Iris, she explained.

Stephenson continued: “Latinx communities don’t discuss, enough or often, just how deep our anti-Blackness goes — in our families, in our communities and in the state apparatus.”

Her words echo the message about “humanity’s never-ending cry” that Alain Resnais proffers at the end of Night and Fog; a message that also resonates profoundly as Russia wages an unprovoked war against Ukraine.