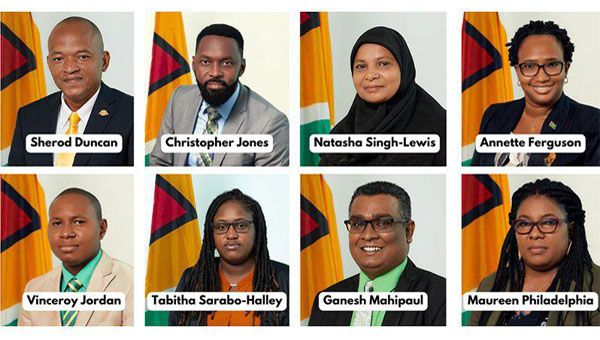 Minister of Parliamentary Affairs and Governance, Gail Teixeira, implored the now-suspended MPs to take the time to sit and rethink their actions to degrade the hallowed halls of the House, on December 29.

“I hope that you will not see this as just another battle to win, but to sit and think quietly, ‘Was it all worth it? What badge of honour have you gotten out of this behaviour? What example have you given to the Guyanese people, and young people, who saw that tape?” Minister Teixeira asked the offending MPs.

Last December, with the eyes of international observers on Guyana for the passage of the historic National Resource Fund Bill, 2021 (NRF), Opposition MPs attempted to derail the sitting.

The chambers of the National Assembly were desecrated, not only by the forceful removal of the mace, but by the severe damage to $300,000 worth of audio and visual equipment of the Arthur Chung Conference Centre. Subsequently, the Privileges Committee met and recommended suspension for the MPs.