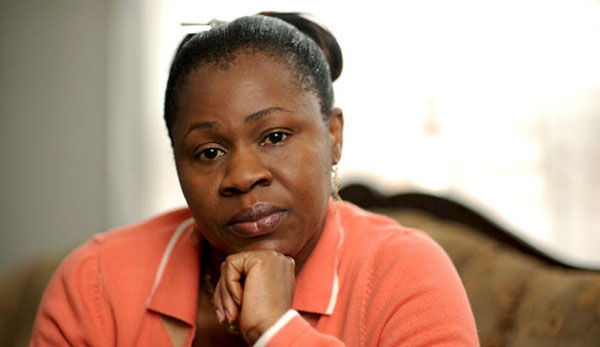 TORONTO, Ontario – Toronto police are asking residents in the Grandravine Drive/Driftwood Avenue area to contact them regarding the recent shooting death of two Black youths.

On August 23 at about1:30 p.m., the police were called to the area where they found O’She Doyles-Whyte, 16, and Kwame Duodu, 15, suffering from gunshot wounds.

Doyles-White was pronounced dead at the scene, Duodu was taken to hospital where he succumbed to his injuries.

“Witnesses advised three males were seen fleeing the scene on bicycles. The first and second are described as possibly Somalian. The third is described as Black,” said a press release from the Toronto Police Service.

A CCTV video footage in the area has captured the persons involved in this investigation and the police have located what is believed to be the bicycles used by the suspects, near the scene.

In July, the Toronto and York Region Labour Council, which held its annual Labour Day Parade on Monday, September 2, said one year after the Danzig Street tragedy much more needs to be done to give hope to racialized youth in the GTA through the creation of jobs and rehabilitation for those who need to be reintegrated in society.

July 16 marked the anniversary of the worst mass shooting in Toronto at a community barbecue, which claimed the lives of 14-year-old Shyanne Charles and 23-year-old Joshua Yasay, and injured 23 others.

The police have arrested and charged four suspects who remain behind bars pending trial on various charges.

The council said when the shooting occurred in the city last summer, calls for a comprehensive approach to the issue of gun and youth violence in Toronto poured from everywhere.

“Many of us will go to bed tonight, thinking that a lot has changed, because the violence has somewhat been reduced, but that’s not enough” said Andria Babbington, vice-president of the Toronto and York Region Labour Council.

“A long term solution to the problem must include good decent jobs for the youth, a rehabilitation system that allows them to reintegrate in society after getting in trouble with the law, and respect of their humanity,” said the mother of three boys, who has first-hand experience of the difficulties faced by young racialized people in the city.

The council said there is increasing poverty and racialization of poverty in Toronto, as good jobs are replaced by precarious work in both the private and public sectors.

“Young people growing up in many Toronto neighbourhoods don’t see a hopeful future for themselves. They watch their parents out working two or three jobs to make ends meet, and older siblings graduate with huge debts and few career offers. And despite the improvements in community policing, far too often they experience harassment and racial profiling,” said the council in a press release.

The Toronto and York Region Labour Council has always maintained that good jobs and equity must be at the core of any real exercise in community building.

One example is the effort to achieve a Community Benefits Agreement with Metrolinx guaranteeing apprenticeship positions in the new Light Rail Transit construction.

“Those who control our economy must accept their responsibility and create living wage jobs that are accessible to all Torontonians if the next generation is to feel they have a chance to build healthy, safe and respectful communities,” the council said.

It said several community organizations believe that a new LRT network at the cost of $8.4 billion dollars over the several years should not only provide better transportation for the city, but should also improve the lives of many people in other ways as well.

The Toronto Community Benefits Network provided Metrolinx with its proposal in May.

Jamie Robinson, director of community relations and communications for the Toronto Transit Projects, said Metrolinx is aware of the practice of utilizing employment and apprentice initiatives through large infrastructure projects.

“Currently, we are working with Infrastructure Ontario to ask the AFP contractors to propose local programs that utilize existing apprentice programs for the Toronto light rail transit projects,” said Robinson.

The Alternative Finance and Procurement (AFP) delivery model is a well-established way of financing and procuring large public infrastructure projects in Ontario and has become the new standard for delivering large-scale projects of this kind in Ontario.

It has been used to deliver projects across Ontario, including most of the recent construction of courthouses and hospitals. The model is also being used on the 3km spur line for the Air Rail Link and LRT lines in Ottawa and Kitchener respectively.

Metrolinx and Infrastructure Ontario will encourage proposers to support local apprenticeship programs that have been initiated by the Ontario Building Trades (‘Helmets to Hardhats’ and ‘Hammerheads’) and the Carpenter’s District Council of Ontario (CHOICE program).

“We are already doing work in this area.  For example, GO Transit launched the Georgetown South Project Employment Initiative on October 4, 2012. This initiative is a partnership between the City of Toronto Employment and Social Services (TESS) division and Metrolinx, which is focused on connecting interested individuals living in communities near the Georgetown South Project with opportunities to pursue careers in civil engineering design and construction,” said Robinson.

In May, the Metrolinx board of directors endorsed an Investment Strategy that included, among its recommendations, that Metrolinx continue working with communities and local and regional organizations to develop and implement strategies to take advantage of local jobs and training programs to provide community benefits for the areas that will be hosting new rapid transit infrastructure.