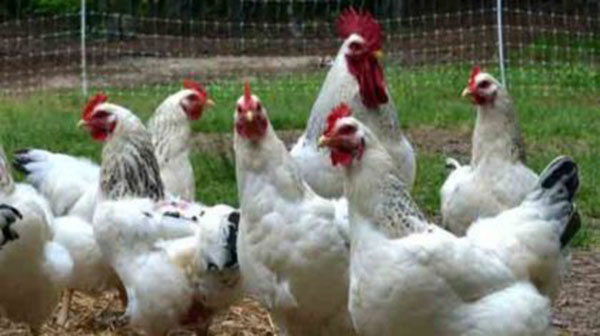 Guyana Seeking US Help To Determine Cause Of Sudden Poultry Deaths

GEORGETOWN, Guyana, July 12, (CMC) – Guyana is seeking assistance from the United States, as it seeks to determine what is responsible for the sudden poultry deaths in East Bank, Berbice.

Deputy Chief Executive Officer (DCEO) of the Guyana Livestock Development Authority (GLDA), Dr. Dwight Walrond, said, “Samples which have been taken from the premises of one large-scale farmer of broiler birds have already been prepared and are on their way to the University of Georgia, because of the types of tests we want.

“We want to test for a wide array of diseases. Based on clinical signs, there are two different manifestations taking place; that’s why we are using the University of Georgia to test for four to six diseases.

“The University of Georgia is a reference laboratory. Sending the samples to Georgia is the best course of action, since it would give us a good idea of what’s happening on East Bank, Berbice,” Walrond said.

The University of Georgia is one of the reference laboratories which is utilised for further testing of GLDA samples.

The Guyana Times newspaper, last month, reported that farmers lost more than 800 chickens in Berbice, with the another newspaper, Stabroek News reporting, last Saturday, that East Berbice farmers were counting their losses as a result of the unknown disease.

While these reports have indicated that other farmers are reporting increased mortality among their poultry, Walrond said the reports are different in that, on one farm’s broiler birds, approximately eight weeks old, are being affected, while in two other instances, Creole birds, ranging from one day to four weeks, were being affected.

“The signs and symptoms are different, one transpired during the rainy season and the other just started,” Walrond told the Government Information News Agency (GINA).

The DCEO said that the farm location of the broiler farmer, who was visited by a team from the GLDA, was interviewed and had his husbandry practices looked at. The team concluded that there is a need for guidance in the area of farm management.

“On Tuesday, our head of extension will be in Region Six, trying to develop the best package for the farmers, in terms of delivery of extension services. The team, including one staff from epidemiology, will be working along with staff and farmers in the region to collect whatever data we would have missed in the initial investigation, and to bring further relief to farmers,” he said.

The GLDA has acknowledged the reports, but remains steadfast in its findings that it is too early to declare an outbreak of poultry diseases, since the cases investigated are dissimilar and affect different breeds.