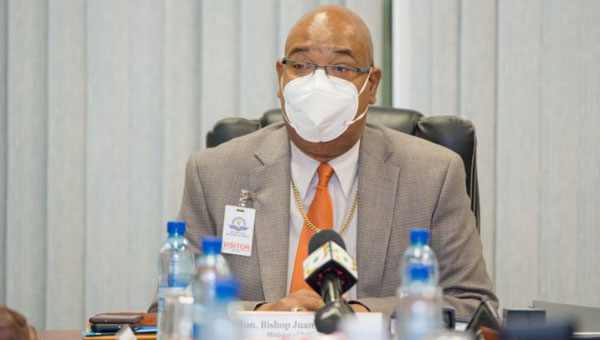 GEORGETOWN, Guyana (Wednesday, November 4, 2020) — The Ministry of Public Works is leading an inter-ministerial task force — that includes the Ministry of Agriculture’s National Drainage and Irrigation Authority (NDIA), the Ministry of Local Government and Regional Development and the Mayor and City Council (M&CC) — to assess, and address, the current impact of heavy rainfall in the capital city.

Heavy rainfall, over the last two days, has seen a build-up of water along the coast and in central Georgetown, but Public Works Minister, Bishop Juan Edghill, assured citizens, today, that the situation is under control.

“I don’t think, at this stage, there is any reason for major alarm. We do have some flooding; we regret we are still being troubled by these facts, that we have flooding when we have excessive rainfall,” Minister Edghill said in an interview. “But everything that is possible, and can be done, to alleviate the present inconvenience and suffering of our people, is being addressed. We have taken the proactive approach and that is being done.” 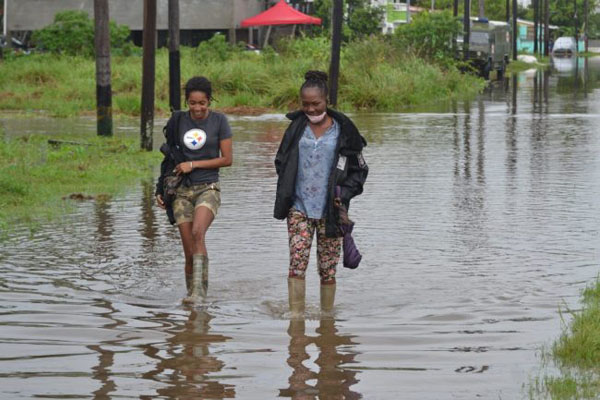 Lauding the support of the private sector, he also said that provisions will be made for areas, which need immediate assistance.

Meanwhile, Co-ordinator of the Ministry’s Work Services Group, Ron Rahaman, is currently engaging engineers and technical officers, across the regions, to conduct flood assessments in the respective areas.

The Ministry of Agriculture’s Hydrometeorological Service said, on Monday, that the country is transitioning into the secondary or short, rainy season, which typically lasts from mid-November to January; noting, as such, an increase in rainfall, over the next three months, should be expected.

The increase in rainy days and rainfall intensity could potentially lead to an increase in flash floods as the season progresses, the Service projected.