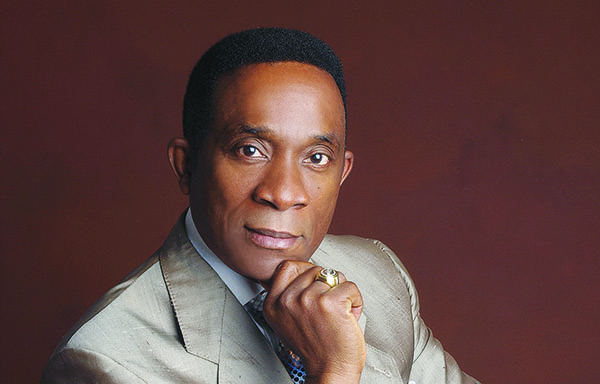 TORONTO, Ontario – Chief Emmanuel Mbulu, 60, an entrepreneur and philanthropist, whose good deeds are known here in Canada and in his birthplace of Nigeria, is passionate about giving, likening it to being as natural as breathing.

Through his efforts to improve the lives of the African community worldwide through fund development, education, scholarships and charitable contributions, he has earned the title of chief.

“We’re all philanthropists. We give. You’re blessed, you have to share,” he said, noting that what he has done is the work of God.

He said, while growing up in Nigeria his father used to tell him that he would be going abroad to study.

Mbulu said, his father always gave him hope and, when his father died, it was his advice of “never give up, never say you can never do anything, let the spirit lead you” that kept Mbulu alive to make a difference in someone else’s life.

That became a reality in 1974 when he came to Canada as an international student to pursue undergraduate studies in economics at York University.

As an international student struggling to pay his school fees and bills, he worked as a dishwasher and taxi driver to make ends meet and send money to his mother and siblings back home.

Mbulu was 13 when his father, a former schoolteacher, was murdered before the outbreak of the Nigerian Civil War in 1966. As a result of this, the family was driven into poverty, and as the eldest child, he assumed responsibility for providing for his family.

It was this and his experience while at the university, which made him vow to give back to the institution and community that he loves so much.

Chief Mbulu was one of the keynote speakers at an African and Caribbean Philanthropy conference, the fourth gathering of the Diversity to Inclusion Series, organized by the Association of Fundraising Professionals at the Metro YMCA in Toronto on October 10.

After gaining his undergraduate degree, he completed a Master of Business and Public Administration degree in the United States and later returned to Canada to live with his wife, Annia, who also attended York University.

He founded a company which manufactures and distributes health and fitness products, and is also involved in real estate, oil and gas, and investments.

In 2004, Mubulu and his wife established the Chief Emmanuel Mbulu Foundation to ensure that his family could continue their philanthropic efforts here and abroad. He continues to build schools, houses and hostels in Nigeria, while in Canada he is establishing educational awards.

In 2006, he donated $12,500 to York University and the Chief Emmanuel Mbulu Family Award was established. He renewed his commitment to the university with a similar donation in 2012.

The award is given to a student who demonstrates financial need, with preference given to those who are actively involved in the Nigerian and/or Nigerian-Canadian communities and/or who are fluent in any Nigerian languages.

Both amounts were matched by the Ontario Trust for Student Support (OTSS) program, bringing the total capital value of the endowment to $50,000.

Chief Mbulu said, most immigrants are afraid of telling people about how God had blessed them but that’s the only way to help the next generation.

The entrepreneur said, he was giving quietly because it is about humanity and giving back, however, God instructed him to share the news of what he is using him to do.

“Giving back is very important. It is good to be good, it is a blessing to give,” he said, encouraging those in attendance to create programs that penetrate deeper into the things that are important to potential donors and to start from the grassroots.

Gopie said, from the age of 9 growing up in the Quaker tradition she gave back through tithing, while Carnegie said, each person is a gift and as such must do something.

Dr. Musewe, a pediatric cardiologist, is an active member of the Peoples Church, one of the largest international global missions organizations in the world.

He said, that giving through the church is a big part of his philanthropy because the money goes to missions in Africa.

Hamlin Grange, moderator of the philanthropist roundtable, noted that faith plays an important role in giving back.

“The African and Caribbean communities are composed of many languages, religions, nationalities and ethnicities. What we have in common, however, is a strong desire to help others.

“This conference has brought together philanthropists, community leaders, fundraisers and volunteers in an effort to start a conversation about how charities can work more effectively with the African and Caribbean communities in Ontario to advance the causes that we all support,” writes Grange, chair of the advisory committee of the conference.

The Diversity to Inclusion Series is a multi-year initiative that explores the philanthropic traditions and interests of diverse communities in Ontario.

It also featured cross-cultural experiences with representatives from the South Asian, Jewish, Chinese and African communities.