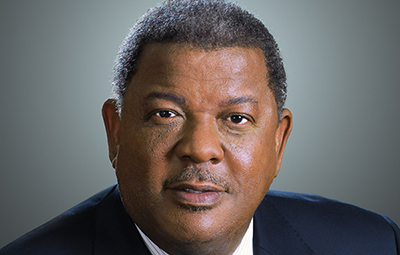 ST. JOHN’S, Antigua CMC – Antigua and Barbuda celebrated its 32nd anniversary of political independence from Britain, last Friday, with the traditional military parade, the presentation of national awards to deserving nationals and a general reflection on the achievements over the past three decades.

Prime Minister Baldwin Spencer in a radio and television broadcast said the anniversary should also provide an opportunity for Antigua and Barbuda to reflect on the role it has been playing in deepening the regional integration movement with the result being that the island possesses a demographic unlike any other Caribbean Community (CARICOM) member state.

“Over the years, our liberal immigration and labour market policies have given Antigua and Barbuda a population profile which is a kaleidoscope of citizens from many foreign lands including our CARICOM member states.

He said that his administration has moved to assist “the hundreds of our brothers and sisters from abroad, who have been waiting for over ten to fifteen years to become Antiguans and Barbudans, became citizens of their adopted homeland”.

Prime Minister Spencer said that since 2004, a total of 4, 519 persons have became citizens of Antigua and Barbuda.

But Spencer took the opportunity to tell nationals that under his stewardship, Antigua and Barbuda has also progressed socially and economically.

We, as a people, have continued to make strides in our efforts to improve our economic conditions in the wake of the global economic and financial crises,” he said, noting that over the past year, the government has been able to keep a lid on expenditure in keeping with the objectives of the Fiscal Consolidation Programme.

He said the fiscal policies have resulted in a significant improvement in the overall fiscal balance as the deficit declined from 5.3 per cent of gross domestic product (GDP)  in 2011 to 1.4 per cent of GDP in 2012.

“The primary balance, a key measure of government’s debt sustainability, has also improved from a deficit in 2011 to a surplus of 1.2 per cent of GDP in 2012.

“However, for the fiscal year 2013 both the primary and overall fiscal balances are projected to decrease.  This is due to the Government’s determination to move forward with the economic stimulus aspect of the NEST Plan, under which work would proceed on several major capital projects, despite lower than budgeted revenues.”

Spencer said that the island recorded real economic growth of about 2.8 per cent last year, the highest rate of growth in the Eastern Caribbean Currency Union (ECCU).

“This improvement in GDP is an indication that the efforts taken to improve fiscal management in Antigua and Barbuda have begun to bear fruit and will lead to further economic improvements, in the years ahead, as the global economy rebounds.

In his wide ranging speech, Prime Minister Spencer said despite the socio-economic progress, Antigua and Barbuda’s independence and development could mean very little if the crime situation is not brought under control.

“Security of our people remains paramount on the government’s agenda.  It is our pledge to continue to improve on our efforts to strengthen the capabilities of our law enforcement bodies,” he said, noting that CCTV would be installed across the island “in a matter of weeks”.

He said the Crime Task Force, established earlier this year, will have an extension of its mandate to achieve the reduction in gun related crime and the effective execution of search warrants.

In addition, the government is increasing the number of police officer , noting that throughout the year, the crime fighting measures of the Antigua and Barbuda Police Force have resulted in a reduction in crime on the sister island of Barbuda.

“All citizens and residents are therefore urged not only to do all within your power to legally protect yourselves and property but also to provide assistance to law enforcement personnel in their quest to fight crime. If we work as one, we will certainly record a marked decrease in the months and years ahead,” he added.

Prime Minister Spencer, who is preparing his ruling United Progressive Party (UPP) for a general election next year, also urged citizens to ensure they are registered to vote.

“As responsible members of the electorate, we have a responsibility to ensure that our nation’s future remains on a firm footing and in safe hands for our children’s future. This anniversary of Independence summons us to abhor and reject unpatriotic behaviour and to embrace nation building in the interest of our nation’s future.”

He told the nation that his ruling UPP administration still had many more programmes to implement achieve, adding “let there be no doubt in anyone’s mind that your government is firm in its resolve to continue to develop this nation of ours”.