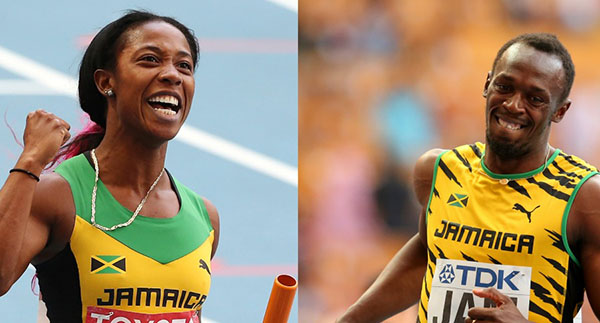 In congratulating both athletes for this ‘clean sweep’, the Prime Minister, who is also the Minister of Sport said “this latest outstanding accomplishment by our athletes serves to further cement Jamaica’s top ranking and extraordinary position in the world of track and field athletics, and is another crowning glory for our small nation. All Jamaica is proud of this accomplishment.”

“This is an outstanding and spectacular achievement which encapsulates the brilliance, depth and dominance of our athletes and serves to demonstrate once again that not only have we taken on the world in track and field athletics but we are succeeding at it”, the Prime Minister said, adding that “this latest accomplishment by Bolt and Fraser-Pryce can only serve to strengthen our already rich and vibrant history of success in the sport.”