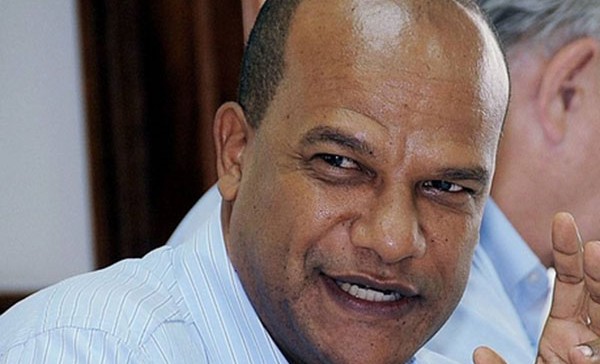 KINGSTON, Jamaica CMC – The Jamaica government has launched a new initiative that it says will empower law abiding nationals and improve their level of safety and security.

National Security Minister, Peter Bunting, said the initiative titled “Unite for Change” would allow for the introduction of a mobile phone application (app) that will enhance the resources currently available to empower citizens.

Bunting said the application would offer each person the opportunity to play his or her part by engaging either the iReport, Panic Mode, The Law or Alert icons on their mobile devices in order to report incidents of crime, seek assistance from the police or be informed about their rights.

He said the initiative was part of a three-pronged approach predicated on interrupting the transmission of crime and violence as well as preventing future spread by improving capacity of our security force to respond to crime in addition to changing group norms.

“Much like the approach that would be taken in the event of an epidemic, the first/immediate response would be to identify and isolate instances or cases of infection. With respect to crime, the operational arm of the national security apparatus, the Jamaica Constabulary Force (JCF), is actively responding to the high incidence of violence crimes via a comprehensive crime control program,” Bunting said.

He referred to the recent Operation Resilience which he said has curtailed a spike in murder and violent crimes earlier in the year.

“In a bid to prevent a further increase in violent crimes in Jamaica, the Ministry of National Security is focused on capacity building.

Bunting said the third and most lasting phase of eradicating the epidemic of violent crime was to put programs in place to change behaviour and establish new norms.

“In this respect the Ministry has embarked on an intensive program of public education and resocialization to displace the dysfunctional elements in our culture,” Bunting said, adding that crime is an outcome of failures at varying levels of the society including the family.