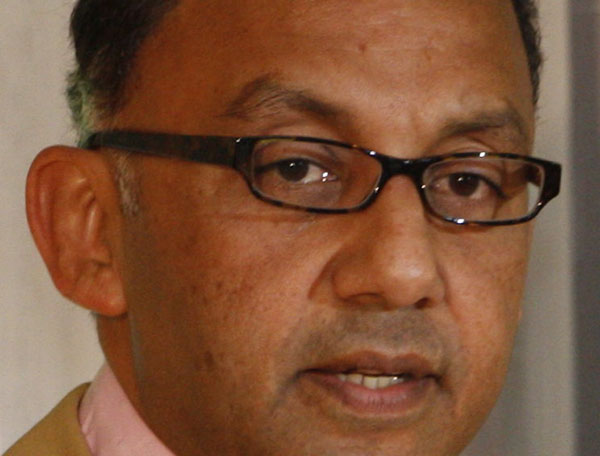 PORT OF SPAIN, Trinidad CMC – The Trinidad and Tobago government is moving to protect the reputation of local manufacturers from “unscrupulous criminal elements” after United States law enforcement authorities intercepted more than US$100 million in cocaine shipped in cans of fruit juice allegedly by a local manufacturer.

Last Thursday, Federal officials announced that they had found 732 pounds of cocaine last December 20 concealed in cans of fruit juice at the Port of Norfolk in Virginia.

Investigators estimate the cocaine had a wholesale value of about US$12 million and a street value of up to US$100 million.

Trade, Industry and Investment Minister Vasant Bharath has already met with senior executives of the Trinidad and Tobago Manufacturers Association (TTMA) and ExporTT Limited regarding the issue.

A statement issued afterwards noted that “lengthy discussions were had on implementing measures that will mitigate against such reoccurrences, while in no way inhibiting trade and ensuring that the reputation of our local manufacturers is protected from unscrupulous criminal elements.”

It said that further discussions would take place on Wednesday involving representatives of the Trinidad and Tobago Chamber of Industry and Commerce (TTCIC) and the Comptroller of Customs.

“It is expected that at this meeting, a robust plan of action will be developed with a view to immediate implementation to protect this country’s local manufacturers and the country’s international image.

“The Ministry of Trade, Industry and Investment, through it agency ExporTT Limited, confirms that the shipment in question was not exported by our local manufacturer, Trinidad Juice Company Limited and reaffirms its commitment in supporting the legitimate operations of all local manufacturers.”

The local beverage manufacturer, SM Jaleel & Co Ltd, has also sought to distance itself from the multi-million drug bust in the United States insisting that it has had an “unblemished reputation around the world for over 30 years”.

The company has launched a series of media advertisements to clear its name as Drug Enforcement Agency (DEA) investigators from the United States have arrived here to probe the cocaine bust.

“SM Jaleel & Co Ltd is Trinidad and Tobago’s number one exporter of non-petro chemical products, employing over 2000 people in Trinidad and the Caribbean. Given that SM Jaleel ships over 6,000 containers per year, along with the unblemished reputation around the world for over 30 years, SM Jaleel is a natural target,” the advertisements read, insisting that the company “did not export the container of juices with cocaine to the USA”.

“SM Jaleel has over 90 years of dedicated service to the socioeconomic landscape of Trinidad and Tobago, is a substantial employer as well as the largest non-petrochemical exporter in the country. It is a model of local business success; unfortunately, some of its brands and products appear to be targeted by sophisticated drug smugglers,” the TTMA said.

The local manufacturing body said that as a means of controlling the scourge of drug trafficking and to protect the name of law-abiding manufacturers, it was calling on the Minister of Trade and Industry as well as the Comptroller of Customs and Excise “to immediately deny approvals for export containers of locally manufactured products which are consolidated by third parties.

Meanwhile, National Security Minister Gary Griffith said he was confident that those behind the illegal shipment would be caught.

“Regardless of who it is or how high it goes, I can assure you that I will do all I can to ensure that the persons are brought to justice. People always ask about the ‘big fish’, well I want the ‘big fish’ badly,” Griffith told the Trinidad Express newspaper on Tuesday.

“I am confident that there would be no cover-up and that based on the investigation between the DEA and our intelligence agencies, all mechanisms would be put in place to ensure that persons are brought to justice.

“The days of picking up the more junior person (criminal) and leaving it there, while allowing the ‘big fish’ to continue to get away are over. It is time that the ‘big fish’ stop swimming,” he said.

But the Public Relations Officer of the main opposition People’s National Movement (PNM), Faris Al-Rawi, has warned the country to be prepared for an upsurge in criminal activities including murder as a result of the bust.

However, Griffith said that the statement by the opposition could cause panic in the country.

“I don’t want the country to panic, I don’t want people to have the fear that there would be mass killings,” he said even as he acknowledged that “somebody involved in the drug trade has lost big money based on this”.

The Express newspaper reported that the DEA had targeted several local businessmen of interest in their probe and expects to make an arrest or arrests soon.