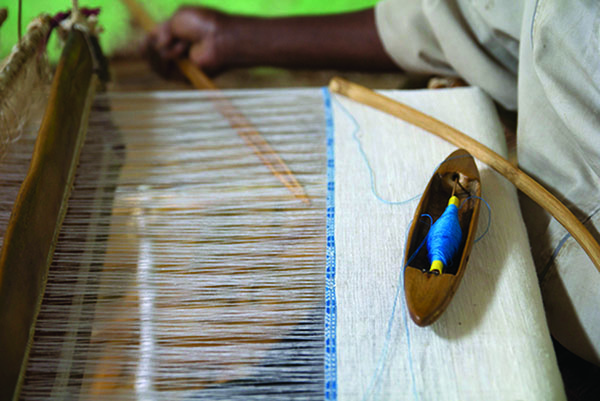 In fact, fashion design is proving to be one of the most successful Ethiopian sectors for small business and entrepreneurs, generating profit margins ranging from 50 percent to more than 100 percent, according to Mahlet Afework, the 25-year-old Addis Ababa-based founder of fashion line MAFI.

The country is a fashion designer’s dream due to its multiple ethnic groups from which one can draw design inspiration, Mahlet tells IPS. Her most recent collection was inspired by the Dinguza pattern from southern Ethiopia’s Chencha region.

Small companies like Mahlet’s can flourish due to the absence of big chain department stores, and relatively low start-up costs set against high prices individuals are willing to pay for quality hand-made fashion garments

And the economy at large is benefiting from increased international interest in Ethiopia’s textile and garment industry. The industry’s small-scale businesses, with a labour force of 10 or less, registered exports of 62.2 million dollars in 2011, up from 14.6 million dollars in 2008.

And the Ethiopian government believes the industry can raise its aggregate production value to 2.5 billion dollars by the end of 2015.

Ethiopia’s successful fashion designers are predominantly women, according to Mahlet and other designers, who grew up surrounded by traditionally woven cotton fabrics, learning from mothers and aunts the tailoring and embroidering skills for making beautiful and delicate clothing.

This female-inspired heritage is not forgotten. Mahlet works exclusively with female weavers to help them support themselves and their families amid a male-dominated weaving sector.

Despite many designers having the advantage of a home-spun fashion education, a lack of formal fashion design education is preventing many from breaking out internationally, says Mahlet, who is self-taught and credits Google Search as her primary tutor.

Another problem in the international arena is conducting sales transactions.

The company currently has to sell through Africa Design Hub, a U.S.-based online store founded in 2013 by Western expatriates to showcase African designs.

“After living in East Africa for several years we saw the potential of African designs in the global market,” the store’s co-founder Elizabeth Brown tells IPS.

She also noticed a gap in market linkages and knowledge sharing between the industry and global consumers, which Africa Design Hub seeks to bridge.

Currently almost all of its customers are in the U.S., although this year it plans to start selling products to Canada and Asian countries such as South Korea, Japan and Taiwan that have shown interests in African-made goods.

Fashion design success in Ethiopia also depends on embracing the ever-changing present while keeping an eye on the past, Fikirte says. 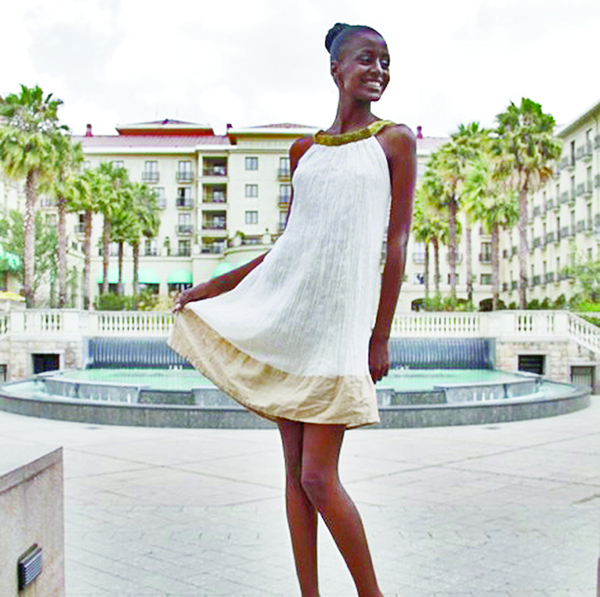 All YeFikir designs are made by hand or on traditional weaving machines operated by those using techniques that go back centuries to when Ethiopians made all their own clothing.

“I love the traditional aspect of the clothing,” Rihana Aman, a café owner in Addis Ababa, who visited the YeFikir shop to buy a wedding dress, tells IPS. “So many dresses now are too modern, and use fabrics that lose what it means to be Ethiopian.”

Fikirte deals directly with and visits weavers she sources from to ensure that skills and incomes stay within communities, and practises remain ethical. She notes how children have been trafficked within the weaving industry.

As a result of the painstaking time and work required to make the garments, YeFikir custom-made dresses can sell for up to 15,300 birr (850 dollars), a sizeable sum, especially in a country where many toil for no more than 50 birr (3 dollars) a day.

Despite such apparent inequities, many Ethiopians — especially those in the growing middle class — remain content to pay handsomely for tailored garments with traditional influences, Mahlet says.

Ethiopians take great pride in the country’s ethnic diversity — around 84 languages and 200 dialects are spoken — and in displaying allegiances through clothing at special events such as weddings and festivals, Mahlet says.

This demand is seeping into the mainstream also. Mahlet’s clothing line MAFI specializes in ready-to-wear garments offering a notably funky take on the country’s ethnic melting pot. And it is a take that has proved successful.

International interest in Ethiopia’s fashion scene is undoubtedly growing — in 2012 Mahlet showcased her work at African Fashion Week New York. However, there are still some misconceptions. On a European flight, Mahlet recalls sitting next to a passenger who was surprised to hear that fashion designers existed in Ethiopia.

Others are not so surprised.

“Ethiopia has some wonderful and interesting craftsmanship,” Markus Lupfer, a London-based fashion designer of international repute who since 2010 has worked with Ethiopian fashion designers, told IPS.

Growing international recognition for designers in Ethiopia and Africa is partly a result of growing demand for ethically-produced fashion designs, Lupfer says.

Hence Mahlet and Fikirte plan to bolster their companies’ online presences this year. Both share a goal of exporting clothes to boutiques and online stores — and want to show the world what Ethiopian designers are capable of.

“Ethiopia’s fashion industry is changing the image of Ethiopia,” Fikirte says. “It is showing the diversity and beauty of Ethiopian culture, and providing some of the world’s best hand-woven cotton fabrics.”