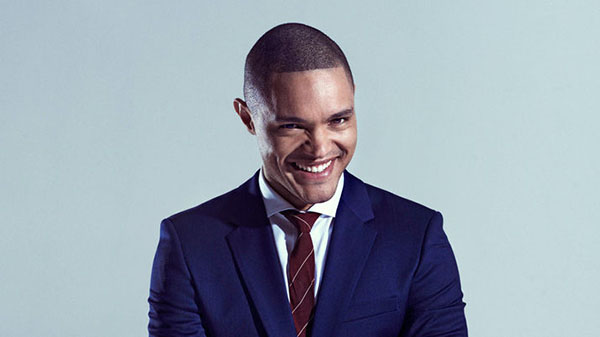 Photo above courtesy of Comedy Central.

NEW YORK, New York – Trevor Noah, a South African political satirist and comedian, has been selected to become the next host of the Emmy and Peabody Award-winning “The Daily Show,” replacing current host, Jon Stewart, who announced recently that he would be leaving the popular show.

The announcement was made on Monday, by Michele Ganeless, President of Comedy Central, the company that owns the popular show.

“Trevor Noah is an enormous talent. He has an insightful and unique point of view, and most importantly, is wickedly funny,” said Ganeless.

“For the next host of ‘The Daily Show,’ we set out to find a fresh voice, who can speak to our audience with a keen take on the events of the day, and we found that in Trevor. He has a huge international following and is poised to explode here in America, and we are thrilled to have him join Comedy Central,” she added.

Noah joined “The Daily Show with Jon Stewart” in 2014 as a contributor. He made his U.S. television debut in 2012 on “The Tonight Show with Jay Leno” and has also appeared on “Late Show with David Letterman,” becoming the first South African stand-up comedian to appear on either late night show.

“It’s an honor to follow Jon Stewart. He and the team at ‘The Daily Show’ have created an incredible show whose impact is felt all over the world,” said Noah. “In my brief time with the show they’ve made me feel so welcome. I’m excited to get started and work with such a fantastic group of people.”

Said Jon Stewart: “I’m thrilled for the show and for Trevor. He’s a tremendous comic and talent that we’ve loved working with…In fact, I may rejoin as a correspondent just to be a part of it!!!”

Born in South Africa, on February 20, 1984 – to a Black South African mother, Patricia Noah, and a White father, Robert Noah, of Swiss-German descent – Noah has successfully become the top comedian in Africa.

He has said, “My mum doesn’t fit into any category, she’s a Black South African woman who’s half Jewish.”

His parents’ relationship was illegal at the time of his birth, and his mother was jailed and fined by the South African government. His mixed-race heritage, his experiences growing up in a Soweto township, and his observations about race and ethnicity are leading themes in his comedy.

Noah was the subject of David Paul Meyer’s award-winning documentary film, “You Laugh But It’s True”, which tells the story of his remarkable career in post-apartheid South Africa. His one-man show “The Racist” at the 2012 Edinburgh Fringe was a sold out run that became one of the most talked about shows at the Festival that year.

Recently, Noah performed for the Royal Family at the Royal Variety Performance.

Noah was also featured on the October 2014 cover of GQ South Africa and has been profiled in Rolling Stone, Newsweek and The Wall Street Journal, and by CNN and NPR’s “Talk of the Nation,” among others. He continues to tour all over the world and has performed in front of sold out crowds at the Hammersmith Apollo in London and the Sydney Opera House in Australia.

The channel carries comedy programming, in the form of both original and syndicated series and stand-up comedy specials, as well as feature films.

Noah’s tenure will begin in either late 2015 or early 2016. Within hours of his announcement as Stewart’s successor, several controversial jokes were brought to light on his Twitter feed that some people deemed offensive to women and Jews.