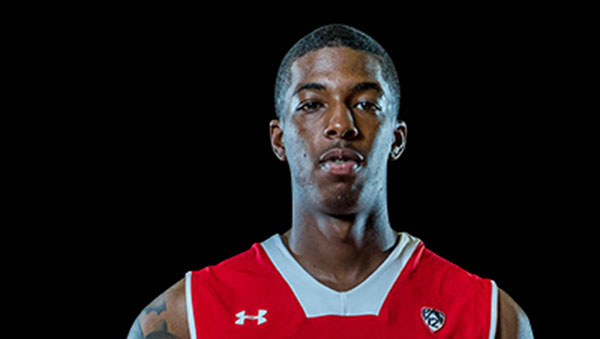 Masai Ujiri, the Raptors General Manager, is gradually becoming notorious for pulling off great deals that often favour the Raptors.

He somehow managed to convince the Bucks front office to give up draft picks – especially first round draft picks which are coveted by most NBA teams – for Greivis Vasquez. The logical next step for Ujiri, after ridding the team of its backup point guard, was to draft another one with the twentieth pick in the 2015 NBA Draft.

After the Toronto Raptors got swept out of the first round of the 2015 NBA Playoffs by the Washington Wizards, it was quite clear that a one of the issues that needed to be addressed during the off season was the perimeter defence which it was in desperate need of an upgrade.

It was obvious to most that Vasquez would not be back in a Raptors uniform for the 2015/16 season but it was impressive how Ujiri orchestrated a draft-day trade with the Milwaukee Bucks for him.

The Raptors used the forty-sixth pick from the Bucks to draft Norman Powell – an ultra-athletic 6’4 shooting guard. Powell is a bit undersized at shooting guard but he makes up for that with his 6’11 wingspan. He is also a very good defender as evidenced by his Pac-12 All-Defensive First-Team honors this past season at the University of California, Los Angeles (UCLA).

Weeks leading up to this year’s draft, most draft boards had the Raptors picking either Montrezl Harrell or Rondae Hollis-Jefferson. Both play the forwards position and are known for the high energy and defensive capabilities. Personally, I was hoping for Harrell – I loved his high octane output on the defensive end. He was also gradually becoming more adept in the offensive side of the court. I thought he would be the solution to some of our frontcourt woes.

That thinking was quickly abandoned when Vasquez was traded during the draft, thus leaving the door open for Ujiri’s perimeter upgrade by selecting Delon Wright out of the University of Utah.

Kyle Lowry, the team’s starting point guard, is known around the league as a pesky defender with an uncanny ability to take defensive charges but injuries robbed him of his ability to be consistently aggressive on that side of the court.

For anyone who watched the Raptors play during the season, it was quite evident that one of the primary problems on defence was the team’s incapability to stop anyone on the perimeter – that and frontcourt issues that most likely will be addressed through free agency.

In Wright, the Raptors have a player capable of backing up Lowry while maintaining or even raising the defensive intensity. According to scouting reports from DraftExpress.com, Wright “has quick feet, excellent instincts and a scrappy nature, putting outstanding pressure on the ball. His instincts for getting in the passing lanes and overall timing for making plays off the ball is extraordinary, helping him average an outstanding 2.6 steals per-40 minutes pace adjusted in his two seasons at Utah, with a ton of blocks and rebounds thrown in for good measure.”

At 6’6 and about 180 lbs., Wright possesses the ideal size to play the position. He can see over most opposing point guards and is quick enough to keep up with or beat them off the dribble. In his last year at Utah, he averaged 14.7 points, 5.0 assists, 5.0 rebounds, 2.1 steals and 1 block per game. His percentages were quite impressive also – he shot 50.5 per cent from the field, 35.6 from the 3-point mark and 83.5 from the charity line.

For a player who was not heavily recruited coming out of high school, and one who had to go to Junior College (JUCO) due to academic issues before getting on the right track and landing at Utah, Wright has matured rapidly as a basketball player in the last two years.

Although, at 23 years old, Wright is a bit older than most NBA rookies but the hope is that he continues to develop well rounded game. Based on the recent improvements in his game, he has the potential to mature into a stat-stuffing point guard – contributing positively with points, rebounds, assists, steals and blocks.

In one draft, the Raptors managed to elevate their perimeter defence and added valuable depth on the bench. The addition of Wright and Powell gives Coach Dwane Casey two assets to plug into his well respected defensive schemes. Wright in particular will get the chance to play alongside Lowry, from time to time.

Wright arrived in Toronto the day after the draft wearing a “WeTheNorth” t-shirt under an unzipped hoody; he was excited to become a Raptor.

With the skill sets he brings to the team, the Raptors are excited to have him.