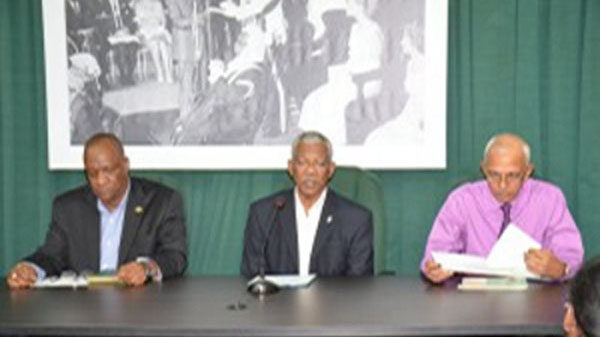 The candidate for the coalition won in constituencies 3, 4, 5, 6, 8, 9, 12, 13 and 14, out of the 15 constituencies in Georgetown, managing also to secure most of the seats in the municipalities of Lethem, Bartica, Linden and New Amsterdam.

The main opposition, People’s Progressive Party /Civic (PPP/C), which had won the LGE when it was last held in 1994, is tied with the coalition for the township of Mabaruma. But the opposition party is reported to have won the townships of Rose Hall, Corriverton and Anna Regina.

Speaking at a news conference here, today, President David Granger told reporters, that candidates with the backing of the major political parties here, had been able to secure victories in the LGE that had been monitored by teams from the United States, Canada and British embassies here.

“You are quite right,” he said, adding, “those persons have a shared vision; those persons share our vision for clean, green communities.

“They share a vision for an integration of the work of central, regional and municipal councils in the achievement of a high quality of governance,” Granger said, adding, that the coalition had never prevented anyone from contesting the polls as independent candidates.

However, the preliminary results, to date, show that the independent teams such as Team Benschop, Team Legacy, and Youth For Local Government, failed to gain support from the electorate.

“The local government elections were not only the duty of the government, but were a victory for democracy and an opportunity for its exclusionary governance,” he said, adding, that the polls signalled a return to constitutionality after a lapse of nearly two decades under the previous administration.

“The coalition struggled on the street, in the regions and in the National Assembly for the restoration of local democracy. We are happy to have achieved this democratic objective in less than 10 months after entering office,” he added.