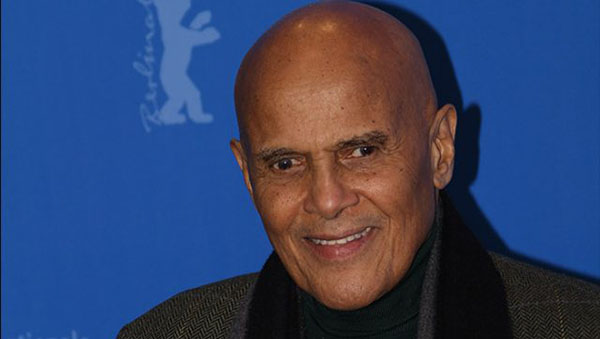 Harry Belafonte Jr. -- Born Harold George Bellanfanti Jr. -- renowned for popular hits, such as "The Banana Boat Song", “Jamaica Farewell” and “Island in the Sun”, was unable to travel to Jamaica to receive his award. He was recovering from a recent illness and wasn’t cleared to travel.

In addition to Belafonte, another 205 persons were recognised for their significant contributions to Jamaica’s nation building, at the event — presided over by Governor-General, Sir Patrick Allen — on Monday, National Heroes Day, at King’s House, the Governor-General’s residence.

The honourees expressed feelings of great pleasure and happiness, when they were conferred with various awards at the ceremony of Investiture and Presentation of National Honours and Awards.

Also in attendance at the ceremony were: Lady Patricia Allen, the wife of the Governor-General; Prime Minister, Andrew Holness, and his wife Juliet Holness, who is also a member of the House of Representatives; Fitz Jackson, who represented Leader of the Opposition, Dr. Peter Phillips; members of the Cabinet and the diplomatic corps; and other dignitaries and guests.

Fans of Belafonte, the famous Jamaican-American entertainer, who were looking forward to seeing him receive his national honour, were disappointed by his absence at the award ceremony, according to a media report.

The tall, handsome crooner, renowned for popular hits, such as “The Banana Boat Song”, “Jamaica Farewell” and “Island in the Sun”, was, reportedly, unable to travel to Jamaica for the ceremony, as he was recovering from a recent illness and wasn’t cleared to travel.

The Jamaican government said that Belafonte will be traveling to Jamaica at a later date, at which time the award will be conferred on him.

Belafonte, who was actively involved in the civil rights movement in the United States, was actually born in Harlem, New York, to a Jamaican mother, and a father from Martinique, but spent eight years of his early life in Jamaica, where he attended school.

His 1956 album, ‘Calypso’ was the first album to sell over a million copies, within a year. As a movie actor Belafonte starred in popular films, like “Carmen Jones”, opposite Dorothy Dandridge in 1964, “Island in The Sun”, “Buck and the Preacher”, “Odds Against Tomorrow”, and “Uptown Saturday Night”.

In attendance to receive her award, was former international fashion model, actor and singer, author and film producer, Grace Beverly Jones, who was bestowed with the Order of Jamaica (OJ) award, for her contribution in the field of entertainment, internationally.

Jones, who was born and raised in Spanish Town, Jamaica, in a strict religious environment, migrated to the US, at age 12, to join her parents in New York. 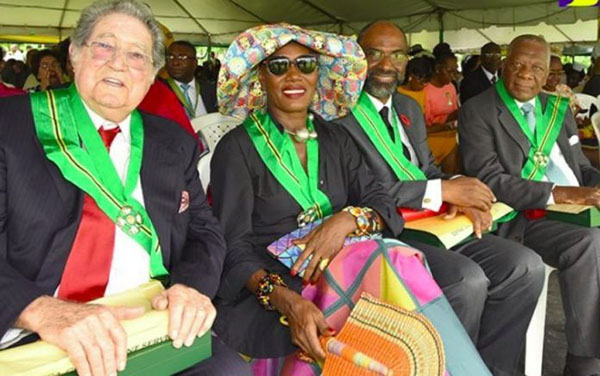 “I am excited. It is a great honour. I love Jamaica so much, which makes it even better… This award is very special,” she gushed, in referring to being honored by the Jamaican government, during a recent interview with the Jamaica Information Service (JIS).

Jones formerly modelled for famous fashion houses, like Yves St. Laurent and Kenzo, and appeared on the covers of Elle and Vogue. As a sultry singer her albums included Warm Leatherette, Nightclubbing and Slave to the Rhythm, and as an actress she appeared in the James Bond movie, “A View to a Kill”, and “Boomerang” with Eddie Murphy, Halle Barry and Robin Givens.

Another popular entertainer, reggae and dancehall icon, Winston ‘Yellowman’ Foster, who received an Order of Distinction (OD) award, commented that he felt “so very happy”, after receiving his insignia from the Governor-General. 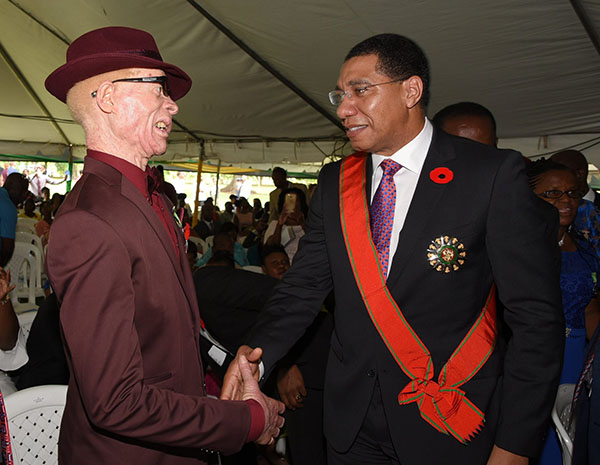 Godfrey Dyer, CD, Chairman of the Tourism Enhancement Fund (TEF), told JIS that he “is on top of the world”, after being conferred with the Order of Jamaica (OJ), for his exceptional contribution to the field of tourism.

“I am very grateful for it. It came as a surprise,” he said, while pledging to continue to serve his country.

Another OJ recipient, Earl Wesley Jarrett, CD, and Chief Executive Officer of the Jamaica National Group, said the recognition has made him more humble, and “I hope it serves to get other persons to volunteer, and to commit to Jamaica, and the advancement of the Jamaican people.”

He was awarded for contribution to the banking and financial sectors, public service and volunteerism.

The other OJ recipient was Giuseppe Francesco Maffessanti, CD, for his contribution to the construction industry, social development, welfare and philanthropy.

For Alia Atkinson, who received the Order of Distinction in the rank of Commander (CD), for outstanding representation of Jamaica in the field of Swimming, it was a blessing to be among the other honourees.

“It is pushing me to do more, to get more people…to bring everybody into the joy of swimming,” she said.

United States Congresswoman, Yvette D. Clarke, who received her OD for distinguished contribution in safeguarding the interests of Jamaican nationals in the USA Diaspora, on immigration matters, said her work is morally and ethically grounded, and “come from the beautiful island of Jamaica”. 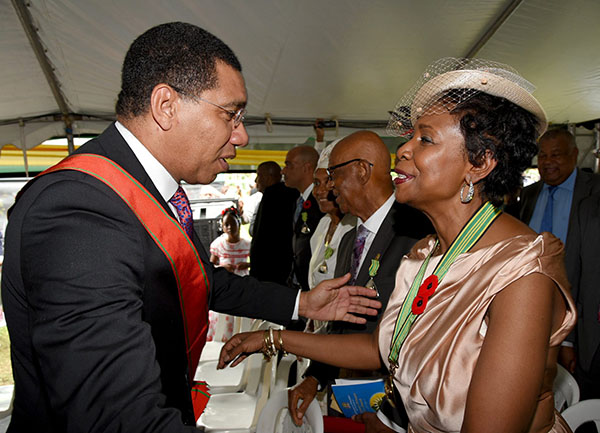 In recognition of his contribution to the trade union movement and public service, Senator Kavan Anthony Gayle was awarded the CD. He credited the award to his dedication to defending the rights of workers.

“It is an elated feeling, and something that motivates you to push on and to do more,” he said.