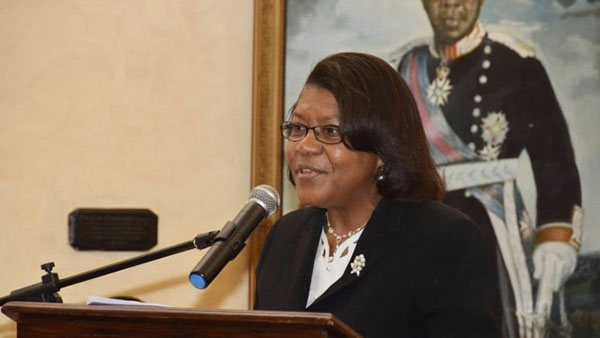 Speaking at the swearing-in of two Appeal Court judges — a Puisne judge and a Master-in-Chambers — at King’s House, on March 29, McCalla said, the strategies are intended to streamline the system, thereby reducing the length of time for matters to be resolved.

Among the measures being introduced through the Justice Sector Reform Program, by the Ministry of Justice, is the crafting of a new policy direction, to ensure a common standard of operation at every level, for efficiency in the judicial process.

As part of this process, officers and administrators, at every level of the justice system, are being sensitised to the new legislative provisions, which have been made to facilitate the agreement of evidence and shorten the trial of criminal cases.

“Ongoing training and sensitisation is necessary for all levels of staff, to ensure that we embrace the new approach being taken, in relation to the trial of cases, so as to be more efficient and effective in the performance of our duties,” the Chief Justice said.

Provisions have also been made for the reduction of sentences, particularly where guilty pleas are offered at an early stage.

Additionally, judicial clerks and judicial assistants, who have been employed from the Norman Manley Law School, have been working part time with judges to assist with legal research.

The Evidence Amendment Act, passed in May last year, has also been serving to reduce delays in the country’s legal system. The Act seeks to enhance the efficiency of the country’s justice system, by providing a simpler procedure for the admissibility of computer-generated evidence, and the reports of experts, where the latter is not deemed disputable.

A high density filing system, procured through a $48 million contract as part of the program, has also been installed at the Supreme Court registry. The system will ensure that all the documents, within the control of the court, are properly filed.

The Chief Justice called on members of the justice system to collaborate to drive the process of reformation.

“We must lead the process of change in the culture of delay, endemic in our justice system,” McCalla urged.