ST. JOHN’S, Antigua and Barbuda, September 14, 2016 (CMC) – Prime Minister Gaston Browne has fired government Senator, Wigley George, after he voted a second time against a bill that he says will open workers to victimisation.

George, who is also the President of the government-aligned Antigua Trades and Labour Union (ATLU), has since received the support of his union and the Antigua Barbuda Workers Union (ABWU).

“The Antigua Barbuda Workers Union stands side by side with Wigley George on this issue, without reservation. We find it a victimising act – an act we will not tolerate. It could well begin a spate of actions which the prime minister would regret in this country,” said ABWU Deputy General Secretary, Chester Hughes.

ATLU General Secretary, Hugh Joseph, said workers are calling for mass action – and they are likely to act.

He said there will be an executive meeting, today, “and we, at that point, will decide what our next step is”.

“But, I can tell you that the membership is already calling, saying that we need to call out the workers,” Joseph added.

Prime Minister Browne had warned dissenting government legislators, last month, that they would be dismissed if they did not support the Statutory Corporations General Provisions Bill, which they had opposed previously.

The legislators say they are not comfortable with Clause 7 of the bill that reads “The Cabinet may, if it considers in the best interest of public administration, transfer an employee on secondment from one statutory corporation to another…or to the public service”. 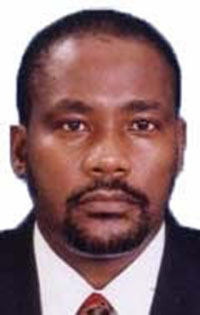 It adds that an employee may be seconded to a post of equivalent or similar rank in another statutory corporation or to a non-established post in the public service.

Prime Minister Browne, who defended the inclusion of this clause, disagreed with those legislators who termed the bill a “dictatorship bill”, saying the intention is to improve corporate governance.

But when a motion to pass or reject Clause 7 of the legislation was tabled in the Senate yesterday, George said he would reject the clause again, as he had done when the Senate first debated the Bill on August 15.

“We don’t have a problem of individuals moving from one corporation to another. The problem we have…is the fact that you can take someone from a corporation to a non-established position. The Lower House made a partial move by adding consultation [but] it is consultation without consent,” he said.

George said his workers had “called on him” to oppose the Bill adding, “If…I’m nowhere to be found that constitutes abandonment of my people.”