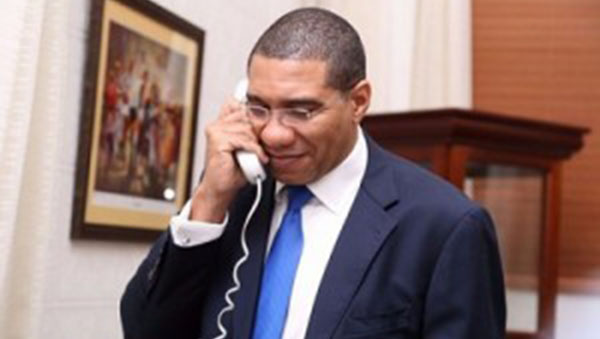 A government statement said that Pence called Prime Minister Holness, yesterday, and that the Jamaican leader used the opportunity to congratulate Governor Pence on his party’s election to the Presidency of the United States.

“Both Prime Minister Holness and Governor Pence also discussed Jamaica’s strong relationship with the people of the United States and even stronger cultural links between the two countries,” the statement said, adding that “Prime Minister Holness spoke of the strong ties between Jamaica and the United States in the areas of national security, trade and importantly, energy. The Prime Minister expressed interest in strengthening relations particularly in investment”.

Holness said he remains optimistic about the future regarding the relationship between Jamaica and the United States and “confirmed Jamaica’s continuing interest in building stronger ties with the United States and enhancing current partnerships for the benefit of Jamaica, the Caribbean and the world”.

The statement said that both men pledged to continue their dialogue on areas of mutual interest.