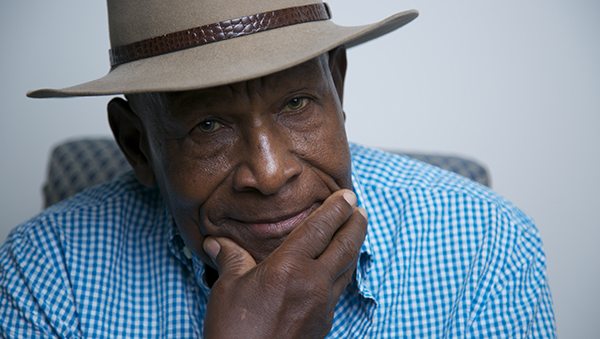 TORONTO, Ontario Tuesday, January 31, 2017 — Entrepreneur, former publisher and radio station owner and civil rights activist, B. Denham Jolly, holds nothing back in relating the story of his personal and professional life in Jamaica and here in Canada.

His soon-to-be-released memoir, “In the Black: My Life,” revisits the systemic discrimination he faced as a black student attending what is now the University of Guelph in the mid-1950s and his many battles throughout life.

It takes the reader through many of the protests regarding fatal police shootings of Black Canadians and the work of many, some of whom are no longer alive, like Dudley Laws, Charles Roach and Al Hamilton.

But what the memoir also does is give an in-depth look at the efforts to create and sustain a voice for the Black community through media ownership.

Jolly met Al Hamilton, the owner of the groundbreaking Contrast newspaper, through the pages of the publication.

Eventually they met in person through the organizing they did against police violence and when Jolly was launching the Black Business and Professional Association (BBPA).

When Hamilton wanted to close the newspaper, it was Jolly who encouraged him to keep the important voice of the community alive and so he (Jolly) became its owner and publisher in 1983.

Jolly took over Contrast in April 1983 and it was eventually sold after a few years to Horace Gooden.

He notes that by the time he and Hamilton were putting the “paper to bed for the last time, we were already looking at a bigger project.”

That project was to have a “loud voice for our community on Toronto’s airwaves.” 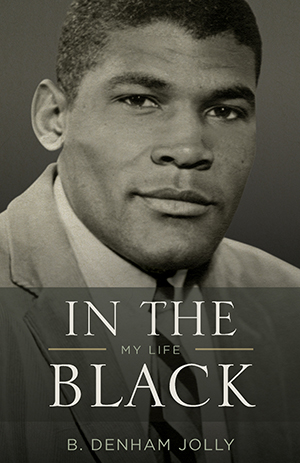 “In The Black: My Life” cover art features a young B. Denham Jolly.

Jolly traces in detail the 12-year journey, three applications, loss of lots of money, politics of the federal government and the CRTC that happened before his team, Milestone Communications, was approved a license to operate a radio station in Toronto – Canada’s first black-owned broadcaster.

His ownership lasted for 10 years before the realities of media conglomerations and mergers impacted the survival of the station.

“The only way we could compete with the new monster companies was if we dramatically cut costs, and that meant both losing personnel and slashing salaries of the remaining staff to match the falling revenue base,” Jolly remembered.

FLOW was sold to Bell Media through its CTV subsidiary and in February 2011, CTV took ownership of it.

What “In the Black: My Life” does is not only chart the course of Jolly’s life as a student, school teacher in Sault Ste. Marie and in Forest Hill, a father, husband and business man, it also highlights the struggle of the Black community against anti-Black racism and systemic discrimination.

A recipient of two African Canadian Achievement Awards of Excellence (ACAA) — for business and Lifetime Achievement — Jolly, 81, remains a strong advocate for social justice and continues to speak out when invited to address community groups.

“My message is always the same: we will never have a truly decent society unless we insist on it. We must not be shy about standing up and raising our voices.”

It is that sentiment that he conveys in his reference to Black Lives Matter.

“In the U.S. and now in Canada, young people are fighting back with the Black Lives Matter movement, and it is important that we support them in every way,” he notes.

As someone who supported the anti-apartheid movement and supported the work of the ANC office when it was in exile in Zambia, his commitment to protest injustice moved beyond the comfort of the boardroom to being involved on the front lines.

When Black Lives Matter Toronto camped out for 15 days outside police headquarters in 2016, he was there to show his support.

A few months ago, he invited Sandy Hudson, a co-founder of the group, to his home to offer encouragement.

He told her: “Don’t let those among us who object influence you because you’re doing the right thing. They know why they’re objecting but it’s not a valid reason for you not to be forthright and do your work with vigour.”

Published by ECW Press, the 280-page book costs $29.95 and is described by the publisher as, “part memoir and part manifesto, documenting Jolly’s personal struggles while also chronicling the stories of an entire generation of social activists. It is a passionate narrative about person ambition, a community’s hardships and successes, and its search for a voice. It is a story about the search for social justice.”

“I was introduced to hip hop and R&B music by FLOW 93.5. All urban music lovers in Toronto should feel an indebtedness to its founder, Denham Jolly. To hear Drake, Kardinal, or even Jay Z on a consistent basis, you had to listen to FLOW 93.5. This book gives you great insight into [Denham Jolly’s] story and should inspire young people to pursue their dreams no matter what the challenges,” says De Grasse.

“Toronto Black Then” is a musical storytelling presentation about “growing up in Toronto, Black-in-the-day. “ The presentation is a tribute to the resilience and courage of a (then) small Black community and their spirit of overcoming in an often open and hostile city.

Both events are organized by A Different Booklist in collaboration with the Harbourfront Centre as part of the 2017 KUUMBA Black History Month celebration.