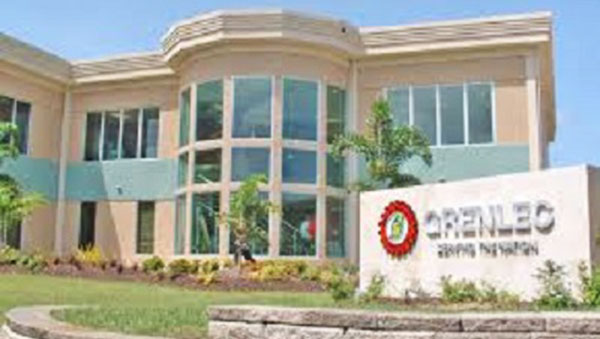 Major Shareholder Submits Proposals Regarding Purchase Of Shares In GRENLEC

ST. GEORGE’S, Grenada, March 24, 2017 (CMC) – The Grenada Private Power Limited (GPP), the majority shareholder of the Grenada Electricity Company (GRENLEC) has formally submitted proposals, regarding the purchase of shares in the electricity company, owned by the Grenada government.

GPP said that its proposals had been submitted in accordance with the binding privatisation agreement, commonly referred to as Share Purchase Agreement (SPA) that government entered into with GPP and its parent company, WRB Enterprises Inc. (WRB) in 1994.

“That privatisation agreement requires government to repurchase the GRENLEC shares that government sold to GPP, if government elects to take certain unilateral actions …which cause serious operational impairments or economic injury to GRENLEC or its private sector investors.”

The company has accused the Keith Mitchell government of unilaterally enacting legislation that has triggered numerous repurchase events under the SPA, including abrogating GRENLEC’s comprehensive and exclusive right to generate, distribute and sell electricity in Grenada.

The company is also saying that the Electricity Supply Act of 2016 is “extinguishing at least the final 31 years of operating rights and authority granted to GRENLEC under its long-term licence.

“The government is therefore now obligated, pursuant to the SPA, to repurchase the GRENLEC shares held by GPP at a price calculated, using the contractually mandated formula specified in Schedule II of the Electricity Supply Act of 1994.”

It said the total amount, calculated according to this formula, is EC$176.65 million, adding that under the terms of the SPA, the government has 30 days within which to make the required share repurchase payment to GPP.

“We are saddened by the need to take this action. In the 20-plus years since GRENLEC was privatised, the company’s GPP-led management team, together with the other shareholders who invested and GRENLEC’s employees, has transformed Grenada’s severely outdated, inefficient and unreliable electric network into a world-class utility system, providing reliable, efficient, and universally-available service that Grenada can be proud of,” said G. Robert Blanchard, Jr., Chairman and Managing Director of GPP and President of WRB Enterprises.

Last year, Parliament approved the measures that the government said will lead to a comprehensive reform of the electricity sector, by opening the door for other investors to generate electricity using renewable energy resources.

“It opens the energy sector to domestic and foreign investment in new projects and facilities for the generation of electricity from renewable energy resources, while preserving the activities of current market participants,” said Bowen, who explained that these areas will include solar, wind, geothermal, biomass, wave and tidal sources.

He said the consumer will benefit from the establishment of a framework for Grenada to reduce its current reliance on fossil fuels.

“The bill is expected to result in lower electricity prices for consumers, greater efficiencies in the production and use of electricity, and greater public participation in the process of developing and regulating the sector,” he said.