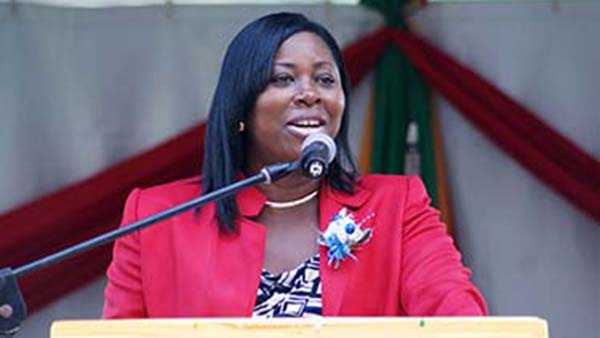 ST. GEORGE’S, Grenada, March 30, 2017 (CMC) – The Grenada government says it will introduce a National Health Insurance by the end of June.

Implementation Minister, Emmalin Pierre, addressing the convention of the ruling New National Party (NNP) last Sunday night, said that the program will be rolled out within the next three months and will be available for all nationals.

The scheme will be the first for Grenada, and while the details of the type of health care services were not given, the minister did not state whether a cost ceiling would be applied to the scheme that would be managed by the National Insurance Scheme.

“We are introducing, in collaboration with the National Insurance Scheme (NIS), because we are very confident that the NIS is a reputable organisation best suited to manage the affairs for the National Health Insurance.

“We are saying the time has come that you walk to Spice Isle Imaging with your card and nobody has to ask you who you are, which constituency you came from, which insurance you [are] in or how much money you have or don’t have.

“We are saying proper healthcare must be a right of the people of Grenada Carriacou and Petit Martinique,” she told party supporters.

Meanwhile, Prime Minister, Dr Keith Mitchell, told supporters that the upcoming campaign for the general election constitutionally due next year, but widely expected to be held this year, will be one in which his party will be spending more time boasting about its positive achievement.

“We will run a positive campaign…we have enough positive to boast about,” he said, even as supporters were called up to cease from engaging in activities that can bring embarrassment to the ruling party.

Prime Minister Dr Keith Mitchell told the supporters that the upcoming campaign will be one in his party will spending more time boasting about its positive achievement.

“We will run a positive campaign…we have enough positive to boast about,” he said.

“Let us do what is right for the party, cease from making those mistakes that will destroy our party,” said Social Development and Housing Minister, Delma Thomas.

“Stop giving the opposition ammunition,” she told the supporters amid reports, last week, that the police had been called in to probe allegations of fraud within the government’s housing program.

The investigation is focusing on the falsification of documents of procurement for building materials and other construction items.