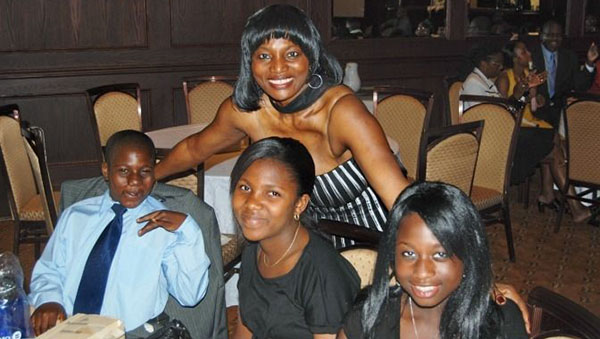 TORONTO, Ontario April 28, 2017 (PRIDE) — Spelling Bee of Canada (SBOC) is gearing up for its national championships on May 7, in the Lady Hamilton Ballroom at the Toronto Plaza Hotel, 1677 Wilson Avenue, in Toronto.

For 30 years, Spelling Bee of Canada has been teaching children to be confident, as what started as one woman’s dream to strengthen the bonds between parents, students and educators, have become a national symbol for academic development.

Growing up in Jamaica, Julie Spence loved to see her family, friends, and neighbors gather around the radio to cheer on spelling bee contestants.

More than 30 years later, Spence is now the Director of the SBOC that she started in 1987, and which now runs in most regions in Ontario and has recently expanded to Saskatoon, Edmonton, and British Columbia.

SBOC is an educational organization that encourages youth, parents, teachers and the community at large, to participate in the education process.

With the support of schools, student literacy representatives, sponsors, parents, chapter presidents and volunteers, the organisation aims to encourage young people to expand their vocabulary, communication skills, and self-confidence, by providing a foundation for future scholastic achievements. 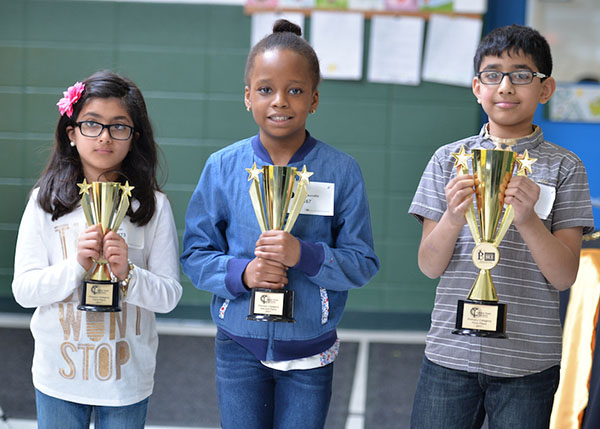 Three of the winners from the 2017 Spelling Bee Regional Championship. Photo courtesy of SBOC.

Participation in the spelling bee has many benefits, and for Kathy McDonald, a devoted parent and the school board trustee in Peel Region for Wards 3 & 4, “The main advantages for my children were an expanded vocabulary and impeccable writing skills.”

A former winner of the SBOC, 27-year-old Jeffrey Baer, now an actuary for a large insurance company in London, Ontario, says, “Spelling is such a great skill to have, even in the days of word processing software, it helps develop your vocabulary and knowledge of the English language.”

The SBOC places an emphasis on parental involvement and community leadership. Many parents volunteer to help with the promotion of the spelling bee and with registration, but the organisation points out that some parents have been reluctant to get their children involved out of fear that they are too young for the competition.

To that Spence says, “The world is full of competition, in the workforce especially, and learning how to be graceful under pressure, is a valuable asset.”

Other parents come looking for a winning formula and, according to Spence, unfortunately one does not exist, it’s a process of baby steps. “You just have to know your child’s abilities and grow from there. The best strategy is to take it slow, make the experience a fun one.”

Last year, the organization partnered with Épelle-Moi Canada and introduced the French spelling bee and now has plans to host an international invitational bee, where children from countries around the world can participate.