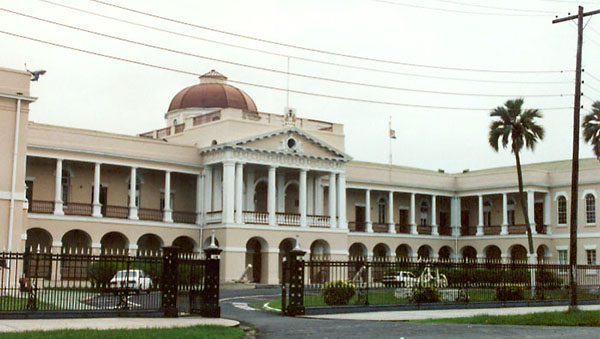 GEORGETOWN, Guyana, May 11, 2017 (CMC) – The Guyana Police Force has extended its cordon around the Parliament building to include several nearby streets.

This is being done while the nation assembly is in session.

In a statement, today, the police force informed the public that the barriers are directly related to the security of the Parliament.

“The enhanced security arrangement has a nexus to terrorists’ incidents occurring in various countries around the world, some of which were perpetrated by self-radicalized persons,” the statement noted.

The police force also dismissed an article, in which the privately-owned Stabroek News newspaper said the extended cordon was in place to keep protestors away from the Parliament building.

In recent weeks, several groups, upset with some government policies, have been protesting in and around the capital.