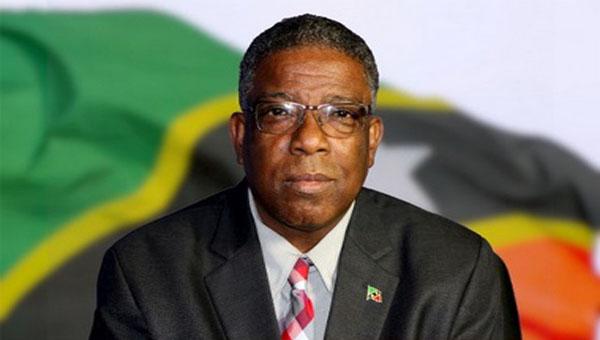 BASSETERRE, St. Kitts-Nevis, May 30, 2020 (CMC) – The Supervisor of Elections, Elvin Bailey, says protocols have been developed, to safeguard voters against the coronavirus (COVID-19), when they go to cast ballots on June 5, to elect a new government in the twin-island Federation.

In a radio and television broadcast, last night, in which he announced that 48,036 persons are eligible to vote, Bailey said that the protocols had been discussed, and accepted, by the COVID-19 Task Force, and include sanitization, distancing measures, and the wearing of masks.

“Voters will be required to briefly unmask, so that their identity can be checked. Also, a cleansing solution will be provided for voters, prior to the immersion in the indelible ink. We are urging voters to comply, so that the voting process can flow, smoothly and expeditiously,” he said.

He announced that voting will take place, during the hours 7:00 am to 6:00 pm (local time), and that voters will be asked not to take their cell phones/cameras into the voting area.

“In fact, a container will be provided, in which the voter will be asked to deposit their phones. Please bring picture identification with you, particularly your National Identification Card. However, if you do not have your valid card, for whatever reason, you can still vote, upon presentation of either a valid local passport, valid local social security card or valid local driver’s license.

“If none of these are available, the elector will be required to take an oath of identity, in order to vote. I need to emphasise that voting is not complete, until the appropriate finger is dipped in the ink, to the satisfaction of the Presiding Officer,” the Supervisor of Elections added.

In addition, the three seats on Nevis will be contested by six candidates, representating the Concerned Citizens Movement (CCM) and the Nevis Reformation Party (NRP).  The CCM and PAM are members of the outgoing Harris-led Team Unity administration.

The Supervisor of Election said that the 5,860 voters in St. Kitts and 12,176 in Nevis, will cast their ballots at 129 polling stations on the Federation.

Earlier, the Coalition of Non-Government Organisations said it was concerned with the manner, in which the elections would be conducted, with particular reference to the “physical presence” of regional and international observers.

The organisation, comprising the Christian Council, the St. Kitts-Nevis Chamber of Industry and Commerce, the St. Kitts-Nevis Bar Association and the Evangelical Association, said the country “neither has the human resource nor the training and experience  that are required to manage and undertake, on our own, the 2020 Federal Election”.

The statement, by the group, follows the publication, here, by the SKNLP, of a letter, from the Organisation of American States (OAS), indicating that the government had withdrawn an invitation to the hemispheric body, to observe the elections, as a result of health measures in place to prevent the spread of the coronavirus (COVID-19).

“We are aware, we are in unprecedented times and that government has written to the OAS and CARICOM (Caribbean Community) inviting them to observe our election. Notwithstanding, the obvious health concerns, we suggest that the lessons learned from the recent elections, held in Suriname, where special protocols were put in place, to accommodate the presence of the observers on the ground, be adopted for our elections, immediately,” the Coalition said.

Meanwhile, a High Court judge, last night, ordered the State-owned ZIZ Broadcasting Corporation (ZBC) to allow political commentary or criticism, provided that the language employed, is not prohibited by law.

The SKNLP and the NRP had also complained that the Commissioner of Police was not giving equal treatment to its candidates, while candidates of Team Unity were holding in-house public meetings, which were prohibited, under the regulations.

In his ruling, Justice Trevor Ward ordered Attorney General, Vincent Byron Jr., to ensure that ZIZ implements a policy, in a manner, which avoids encroaching upon any nominated candidates’ right to equal time on the state-owned media platforms, to express political views, subject only to the exigencies of government, provide equal news and current affairs coverage and coverage under special broadcasts.

The judge also ordered that all parties abide by the Emergency Powers (Covid-19) (No. 8) Regulations SR & O 19 of 2020 and any future Emergency Regulations; and that equal treatment be given to all parties, without regard to political affiliation, including the facilitating of a meeting, between the High Command of the Police Force and representatives of the political parties and independent candidates.