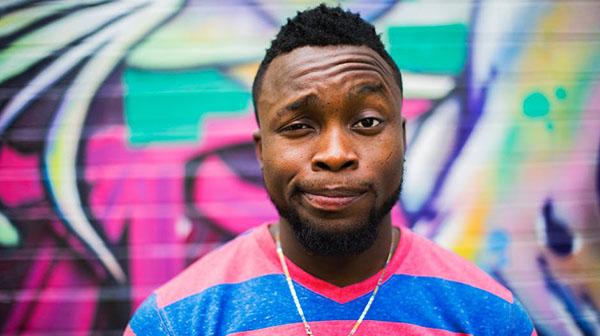 By John Tory
Mayor of Toronto

As good as we are striving for inclusion, which matches our status as the most diverse city in the world, there still exists anti-Black racism in Toronto.
It is an ongoing reality in this city and I think that is an important statement for the Mayor of Toronto to make.

While there will be those who will say anti-Black racism can never be totally eradicated, this must be our goal in the City of Toronto, because it stands as an obstacle to a truly fair and just city.

I understand that members of our city’s Black communities are tired of being asked to have yet another conversation about the lives of their ancestors, their own lives and those of their children. And so we embarked on an initiative to engage Toronto’s Black community in a series of conversations to develop a Toronto Action Plan to Confront Anti-Black Racism — a five-year plan to address systemic barriers across the city.

Instead of writing one more report, we took the many reports that had been written over the past 41 years and put those recommendations in front of people for discussion.

We wanted to know which actions the community felt were the most necessary and would make the greatest difference in their lives.

Since January, the City held 41 discussion groups, in partnership with community organizations, and drew more than 800 people, to share their experiences, their priorities and their concerns.

I attended four of those discussions myself. I listened to community members in Rexdale, Jane and Finch, Scarborough, and Weston Mt. Dennis. I listened to fathers and mothers, small business owners on Eglinton West, and I went to Black CAP and listened to queer and trans people. I listened to people describe what is feels like to have someone follow you around a store.

I heard very thoughtful comments about the presence of uniformed police in schools and whether it is really meeting its goals.

I heard parents and students talk about the lack of Black teachers; the much higher rates of unemployment experienced by young Black men in our neighbourhoods; and the dramatically higher percentage of young Black men in the justice system.

I listened, and I learned.

And, earlier this month, I was proud to see a Draft Action Plan presented to the public. This plan centres around five themes, with 22 recommendations and some 77 actions the City can undertake as key elements in an anti-Black racism action plan.

This is a real plan and I am committed to seeing us act on it.

I will champion this report at City Council, and I have also identified some specific items that we can get moving on right away.

There was support for a recommendation that we engage Black city staff to form a Black Staff Network. This group would identify systemic barriers to career advancement inside City Hall.

I will convene a meeting with representatives of our Black city staff, before the end of the month, to convey my encouragement for this initiative and the impact it can have.

Secondly, I will take the initiative, as mayor, to actively support, as the community recommended, the engagement of Black experts and community members in the provision of anti-Black racism training for all city staff.

Additionally, our city government will be taking immediate steps to improve employment and mentorship opportunities for Black youth.

To begin with, our city government has budgeted $300,000 to make, permanent, a pilot program, delivered in partnership with community partners, to provide construction skills and digital technology skills training for Black youth, aged 18-29, in receipt of Ontario Works, with criminal records.

I hope these initiatives, which I can begin to move on right away, give you an indication of my intention to lead, and to act.

What I heard, most of all, in these sessions, and what I hear across the city, in many different ways each week, is the simple, heartfelt desire, on the part of adults, that they wish to see better things for the next generation, often their own children.

And I heard from young people, the simple, heartfelt desire to have a fair chance and have a life in Toronto, free from racism and disrimination — a goal we would see as entirely consistent with our shared Toronto values.

Our objective must be no less than to bring an end to acts of discrimination based on racism, an end to stereotyping and marginalization, to ensure systemic changes to eradicate racism, and new beginnings that focus on the opportunity our city represents, opportunity which has often been difficult, or impossible, for many of our fellow residents to access.

While honestly acknowledging, in advance, that resolution of these issues won’t be easy or instantaneous, I pledge to lead, to work within government and work with Toronto’s Black communities, to forge a city where our values and goals are matched by reality.