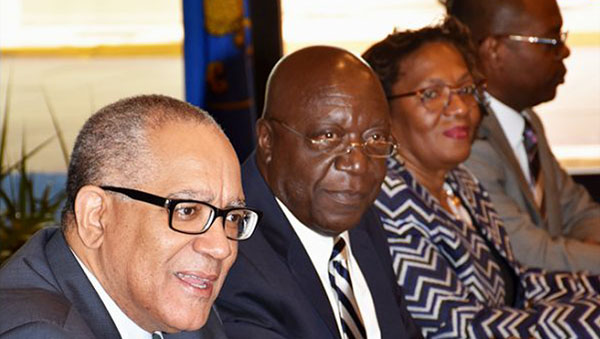 KINGSTON, Jamaica, August 17, 2017 (CMC) – Governor of the Bank of Jamaica (BOJ), Brian Wynter, says the country recorded an inflation rate of 4.4 per cent for the April to June 2017 quarter.

Speaking at the Bank’s quarterly press briefing, at its headquarters in downtown Kingston, on yesterday, Wynter noted that the out-turn for June was slightly above the 4.1 percent recorded at March 2017.

“The rate (4.4 per cent) is on track to fall within the Bank’s target range of four percent to six percent for the 2017/18 financial year,” he pointed out.

Wynter said that the uptick in inflation is in line with what had been previously announced and “partly reflected the impact on agricultural food prices of the flood rains in May 2017”.

The rate has also been affected by changes in the prices of goods and services because of the tax package implemented at the start of the year. 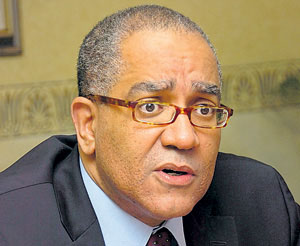 The governor indicated that the overall effect on food prices of the May rains is expected to continue to be felt for a few more months before normalising prior to the end of the current fiscal period.

Turning to lending rates, Wynter informed that new loan rates have declined over the past year and are expected to fall even lower.

The BOJ’s Survey of Credit Conditions shows that rates on new loans offered to businesses fell by more than 2.5 percentage points, over the year to March 2017.

However, the BOJ Governor indicated that interest rates on bank loans in Jamaica, “while falling, (are) nonetheless still too high”.

For business lending, Wynter said that with an adjustment made to remove the effect of inflation, then lending rates at March were around 7.5 percent.

“This means that businesses that cannot generate a real rate of return above this level cannot successfully approach a financial institution for a loan,” he said.

Meanwhile, the BOJ Governor revealed that there is an increase in both business and personal loans.