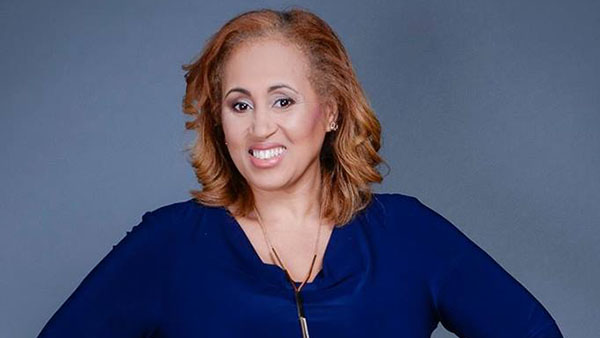 OBHS President, Nikki Clarke, Plunges Into The Political Arena, Seeking To Become The Next NDP MPP For Mississauga-Malton

Clarke says that her candidacy is being uncontested and she is expecting to be acclaimed as the NDP candidate for the forty-second provincial election on June 7, next year.

In preparation for the upcoming general election, the Ontario government, in December 2015, enacted the Representation Act, 2015 to redraw the province’s electoral districts, increasing the number from 107 to 122.

In the redistribution, the Brampton-Gore-Malton riding was modified and renamed the Mississauga-Malton electoral district — but will keep its original name until the election date. The new boundaries for the redistributed riding — Mississauga-Malton — are: Mavis Road to the west; Highway 401 to the south; to the north, the CN railway tracks, just south of Hwy 407; and Hwy 427 to the east.

“I am thrilled about taking over from Jagmeet Singh for the Mississauga-Malton NDP riding,” enthused Clarke, the Jamaica-born president of the Ontario Black History Society (OBHS). “The riding association was actively seeking candidates, and I was the only one vetted and approved for nomination, making my candidacy uncontested.”

“After Jagmeet leaves Malton, there are going to be some pretty big shoes to fill,” says Ryan Gurcharn, Mississauga-Malton’s Riding Association Vice President. “It’s a good thing that Nikki is coming with some pretty impressive high heels!”

Fluent in English, French, and Spanish, Clarke, who currently holds two post-secondary diplomas and a bachelor’s degree, is also an author, entrepreneur and the former President of the Association of Early Childhood Educator in Peel.

Clarke, who professes that her first love has always been towards community, says “Community building has always come first for me. I’ve always fought to combat poverty, create employment opportunities, and tackle inequalities.”

A former program manager at Malton Neighbourhood Services, Clarke, no stranger to the Malton community, says “It will be an honour to continue my work right here in Malton.”

Clarke, who has an outstanding list of nominations and awards, exemplifies the definition of excellence and getting things done.

She was nominated as the 2015 Best Media Personality by the Black Canadian Awards; she was one of the recipients of the 2015 Woman of Honor by the Black Business and Professional Association (BBPA); the 2014 Role Model of the Year from the Black Canadian Awards;, and the 2014 Woman on Fire Media Award. She was also voted as part of the 100 Black Women In Canada to Watch by Canada International Black Women and more recently in 2017 she was ranked one of the Top 10 Inspirational Woman by Soulful Image Awards.

Alongside her community work, Clarke understands what it means to be a successful small business owner, having been profiled, in 2013, by the Canadian Small Business Women’s Association as the Business Woman of the Month.

Two days before even being acclaimed the Mississauga-Malton NDP candidate, Clarke just couldn’t help herself from jumping at the opportunity to get a running start in the upcoming campaign:”The Liberal and PC parties are still scrambling for candidates, but the NDP have a very clear plan about universal pharmacare and cutting hydro costs.”

The nomination meeting, which will feature Adaoma Patterson, President of the Jamaican Canadian Association (JCA), as the special guest speaker, will be held inside Multipurpose room 1, at the Malton Community Centre, 3540 Morning Star Drive, in Mississauga, and begins at 7PM.