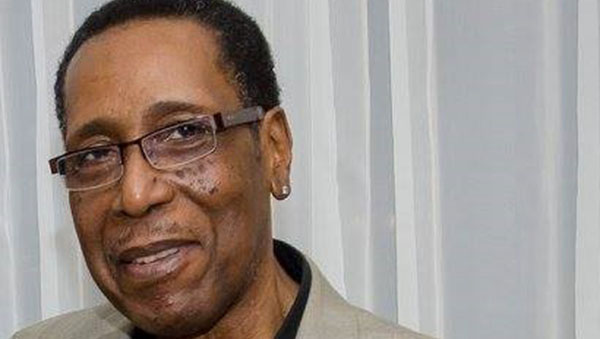 Tall, svelte, gregarious and an impeccable dresser, Stewart — a loving husband and father, who cherished and adored his family — will be sorely missed by his wife of 35 years, Lucia Joy Stewart, President of the Commonwealth of Dominica Association of Hamilton (CODAH); his children: Nicole and Kyle in Canada; Curtis, who resides in Houston, Texas; and Sean, of London, England — and three grandchildren: Alex Stewart and wife, Ashley, of Philadelphia, USA; Aaron Stewart and wife, Mercedes, of Colorado, USA; and Allen Stewart, who is a resident of Austin, Texas, USA.

“I knew Teddy since he arrived in Canada in the eighties,” Jno-Baptiste recalled. “He was married to my cousin and was a very good family friend. He was a good husband. I watched him father two beautiful and smart young adults, and he served his community well.”

Decades ago, Thad migrated from Jamaica to England, where, as a veteran of the Royal Air Force, he worked as an Aircraft Technician and was stationed in Germany, during his teenage to adult years.

He is remembered as enjoying and finding fulfillment in his duties and tasks, as part of a group of air force personnel that travelled to Malta, Singapore, Cyprus and other countries, refueling and repairing jumbo jets. 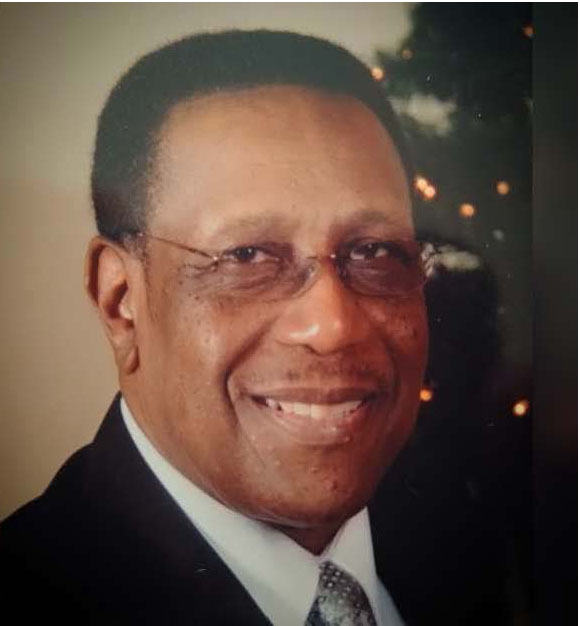 Stewart subsequently immigrated to Canada and settled in Hamilton, Ontario, where he founded the city’s first Black news magazine, New World Focus; initiated “Third Fridays” as an offshoot of “First Fridays” (Toronto); worked as the Business Manager at Entreco Corporation, for over five years, coaching many clients to become entrepreneurs; and served as Treasurer of the local Afro Canadian Caribbean Association (ACCA) for five years.

“I got to know Thad (Teddy) when one of my closest high school friends called me from England, in 1982, to say she had met this handsome, British man of Jamaican descent, and they were getting married,” remembers Frances Delsol, the Trade and Investment Commissioner for Dominica in Canada, who is also a close family friend and Godmother to the Stewarts’ first child.

“It was easy to see why they fell in love: he was smart, articulate, but more so, had an intense desire to push everyone to achieve their maximum potential. He would not settle for good enough, and this is what, immediately upon arrival in Canada, thrust him into work on issues that made a positive impact in the Black community. His work and community service speaks for itself.”

From 2007 until 2012, as Business Development Manager, Stewart helped nurture and guide the business fortunes of Sway Magazine — a now defunct sister company to the Toronto Star — that was founded, owned and published by Canadian media giant, Torstar Corporation.

As a consequence of his affinity for the Dominican-Canadian community, Stewart was very active in CODAH, for many years, and was always willing to provide valuable advice to young people, regarding career employment paths and business initiatives.

An avid sports enthusiast, Thad was the holder of a black belt in Tae Kwon Do, and competed in Track and Field meets, squash and city football leagues, during his formative years in England.

He also enjoyed watching tennis and football matches, almost every day and, on the day of his passing, even enjoyed a game of World Cup football, between Spain and Portugal that ended in a 3-all draw.

“So sorry to hear about Thad’s passing!” said Warren Salmon, President of First Fridays Toronto, an after-work networking and socialising enterprise. “I had the honour and pleasure of meeting Thaddeus about 15 years ago, when he was working at the Blackpages. Our paths crossed again, when he worked at Sway Magazine.

“He was always an upbeat, positive, supportive, professional and family man. There was something about his warm and positive demeanor that made him very special and an honour to know and work with. He will be greatly missed!” added Salmon.

Thad is being mourned by his siblings — Thelma Rochester of London, England; Carl Stewart; Syl Stewart; and Mavis Stewart of the USA.

He will also be missed by nephews: Michael Francis Dwyer and his spouse, Donna; Ricky Rochester and wife, Wendy; Errol Martells and wife, Hope, of Pickering — and nieces: Suzanne Rochester of the UK; Marvolyn Lowe of Pickering; and many more nieces, nephews and cousins in the UK and USA.

“While I am relieved that his suffering is over, I will miss chats with him, because they spread across a wide spectrum, from the most insignificant to world-impacting issues,” Commissioner Delsol said, sadly. “May he always be remembered as a champion for Black youth and an avid supporter of the Black community. We pray that the angels will embrace him and keep him resting in eternal peace.”

The Viewing for Thaddeus Stewart will be on Wednesday, June 27, at the Dodsworth and Brown Funeral Home — Robinson Chapel, 15 West Avenue, North, in Hamilton, Ontario (nearest intersection — King and Wellington) from 6pm to 9pm.

And his Funeral Service will be on the next day — Thursday, June 28 — at the Regina Mundi Catholic Church, 631 Mohawk Road, West (at Upper Paradise Road) in Hamilton at 10:00a.m.

In lieu of flowers, the family requests that donations be made to the following organisations, in memory of Thaddeus N. Stewart: