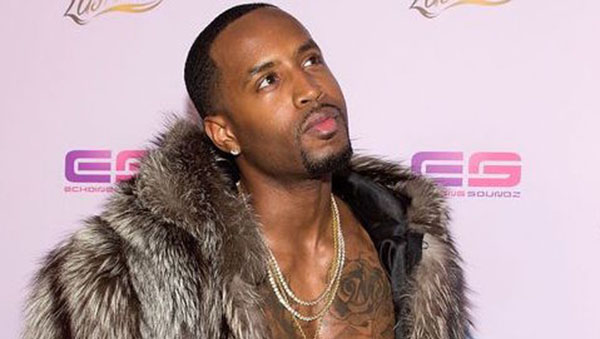 Safaree Samuels arrives for the Blac Chyna birthday celebration and unveiling of her "Chymoji" Emoji Collection at Hard Rock Cafe, Hollywood, CA on May 10, 2016 in Hollywood, California. Photo by Gabriel Olsen/WireImage.

Trinidad-born Nicki Minaj’s Ex-Boyfriend, Safaree, Succeeding Quite Well After Break-up; To Be Honoured In New York Next Month

BROOKLYN, New York City January 24, 2018 — Hard work, the will to succeed and not being afraid of taking chances is helping Brooklyn-based rapper, Safaree, succeed in the entertainment business.

Next month, on Sunday, February 18, Safaree — born Lloyd Samuels — will be presented with the “Blue & Bougie Impact Award” at Mingles Cafe, in the Bronx, New York for the fascinating year he had in 2017.

“We are extremely proud of the accomplishments of Safaree,” Jerry McDonald, an executive from Blue & Bougie said.

After garnering the spotlight as the long-time boyfriend of popular Trinidad-born, American rapper, singer, songwriter, model, and actress, Nicki Minaj, critics thought he would vanish into oblivion, when the power couple split up in late 2014.

They had dated since 2000, and several tracks on her album, The Pinkprint, are believed to have been inspired by the end of their relationship. 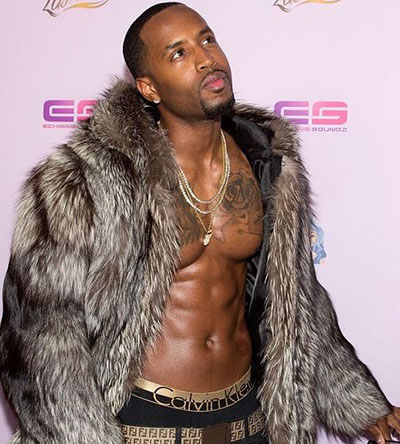 Almost four years later, Safaree is hotter than ever,landing starring roles on both the New York and Hollywood franchises of Love & Hip Hop.

Last October, he had a starring role on VH1’s “spine-chilling” Scared Famous, where reality TV stars complete a series of spooky challenges in an attempt to win $100,000 for their favourite charity.

“Safaree is a bonafide star,” exclaimed McDonald. “He developed his music career in 2017 and flourished as a reality TV star of Love & Hip Hop. He expanded his business empire, launching his own line of coconut oil.

To date Safaree has released three mixtapes. In 2010, he co-wrote the single, Did It On’em for Minaj’s debut studio album, Pink Friday.

And he had six writing credits and was featured on the track Press Conference on Minaj’s second album, Pink Friday: Roman Reloaded, which was released in 2012.

In 2018, Safaree is poised for an even bigger year, in which he is expected to release a new album, tour and expand his acting chops with a starring role in a feature film project.