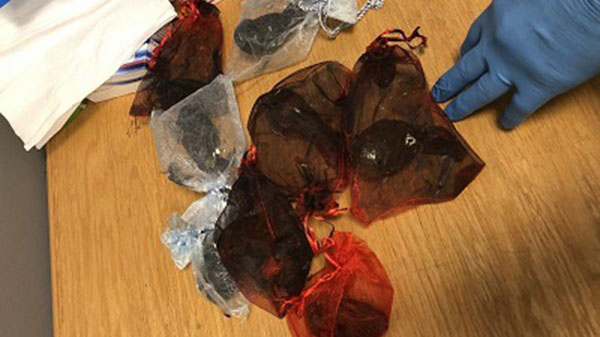 A total of eight finches were discovered hidden in the traveler’s computer bag.

CBP said, on Tuesday, that the unidentified Guyanese citizen arrived on a flight from Georgetown and was inspected by CBP officers.

“The CBP Officers conducted an examination of the traveler’s computer bag and discovered eight live finches concealed inside a hidden compartment,” the statement said. “The passenger was escorted by CBP Officers to a private room to continue the inspection. The passenger was further interviewed by CBP agriculture specialists, who quarantined the eight seized finches and issued a US$300 fine to the traveler.”

CBP said the traveler was admitted to the United States, but the seized birds were placed in a quarantine isolation crate and turned over to personnel from the US Department of Agriculture, Veterinary Services.

“CBP’s agriculture specialists protect our country, every day, from pests and diseases; the introduction of an animal- or plant-borne pest or disease could have a devastating impact on America’s agricultural industry,” said Frank Russo, CBP Port Director, JFK International Airport.

He said birds, including pet birds, are regulated since they can carry viral and bacterial diseases of concern, including Avian Influenza, Newcastle Disease and Psittacosis.