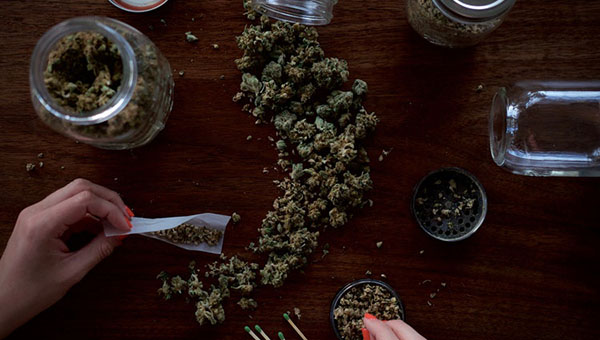 We need not fear, a weed apocalypse is nowhere near.

The truth be told, today is October 17, the starting date for Canada’s big marijuana experiment that you can almost smell it. While we can already smell it, the occasional luckless user may still be charged by the police — but weed is already almost anywhere.

However with legal weed arriving today, are we ready?

In fact, are governments, police departments, suppliers and growers ready for the next few weeks and months? My response lies in the negative — and it is this negative response that augurs for a very interesting next while.

Regrettably, there remain a growing number of questions about cannabis use that still remain to be answered. The point, in question, being, that while the online aspect of legalization appears to be running on schedule, how prepared and ready are the provincial and private retailers to sell the item on the very first day that legal weed is available on the market?

Viewed from the standpoint of the long arm of the law, are they going to find themselves transforming into the modern cannabis equivalent of Appalachian “revenuers” on the hunt for weed that is illegal, merely because the right taxes have not been paid. www.appalachianhistory.net/2015/07/revenuers-or-spies.html.

Will police forces be able to effectively deal with drugged drivers, with their training still not fully complete and many police forces still without roadside drug testing equipment? One has to concede that weed detection warrants inspection, and as we speak, it is already an almost unattainable task for police officers to handle the growing scourge of illegal cellphone use/texting by drivers.

What about the weed producers? Are they going to run short, as they increase production to meet booming demand? How are human relations and personnel departments going to deal with staff using, and even abusing, a now legal product? Who would ensure that patient care is not compromised by a “weeded” personnel?

Will current users, who purchase their weed on the black market, transfer to making legal purchases, or would it be easier and facilitating for illegal dealers to remain in business, even in the face of competition from the government?

All in all, cannabis products have been available for years, with the ease of post office delivery and, basically, no law enforcement whatsoever. However, let us not forget, or overlook, the fact that governments often take fast action, at close to legislative lightning speed, when they feel, or suspect, that something is threatening a tax stream.

What has seized my surprise in this apocalyptic mess is, the manner in which the entire process has steadily steamrollered forward, despite the major and obvious hiccups and pitfalls, while less controversial issues that also affect the nation, have run aground on much smaller sandbanks.

By such, I mean the concept that individuals who purchase and store deadly weapons should have to register them with the government – even though practically no one bats an eye at the need to have licence plates on their cars, which was a dissentious enough issue to help overthrow a federal government.

The legalization of marijuana, on the other hand, creates headlines only when there are practical issues that still need to be addressed. It is apparent that we are well past the point, where overarching philosophical issues, questioning legalization as a whole, are even being addressed.

And that has not happened with, say, gun registration; even though the long gun registry is long gone, since April 5, 2012, any time any registration is raised in any form, opposition rises up almost immediately. nationalpost.com/news/canada/government-destroys-long-gun-registry

Are we approaching an imminent Weed Apocalypse? No.

Nevertheless, as is the case with all incomplete plans, there will be a lot of changes, ranging from provincial legislation to federal legislation, to municipal bylaws.

Cannabis legalization is very much a work in progress — A work which continues well after today’s big legal smoke.