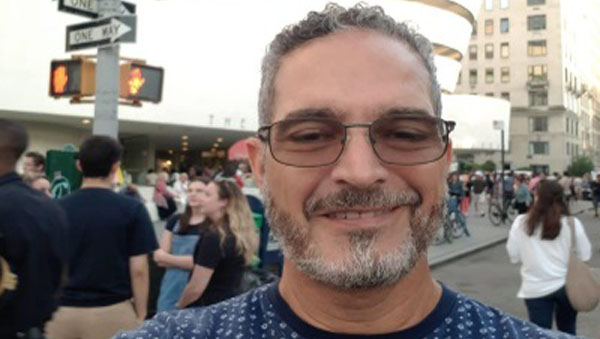 Venezuela-born Edwin Erminy Bayley, a prominent designer and President of the National Drama Association of Trinidad and Tobago, drowned earlier this week.

PORT OF SPAIN, Trinidad and Tobago, January 4, 2019 (CMC) – The National Drama Association of Trinidad and Tobago (NDATT), on Wednesday, confirmed that its President, Edwin Erminy Bayley, drowned at the Grande Riviere Beach, on Trinidad’s north coast, earlier this week.

In a statement, expressing condolences to Bayley’s husband, Raymer Diaz, the NDATT described the prominent member of the LGBTQI community as a “friend, advocate, amazing designer and a man who had a vision for the design fraternity of this country”.

“Humble in his day-to-day life, he demonstrated exquisite skill in his design concepts, with the capacity to always see outside the box,” said NDATT Vice-president, Marvin Ishmael.

NDATT said that Bayley taught at the Academy for the Performing Arts of the University of Trinidad and Tobago (UTT) and was also an architect and scenographer, with a Master of Arts (with distinction) from Central Saint Martins College of Art and Design in London.

NDATT said he designed over 100 productions for theatre, opera, musicals, dance, ballet and popular music, as well as corporate, fashion and publicity events in Venezuela, Colombia, the United States and Trinidad and Tobago.

It said that since moving to Trinidad in 2014 from, Venezuela, Bayley made a significant impact in local theatre, and had worked with various production companies and clients.