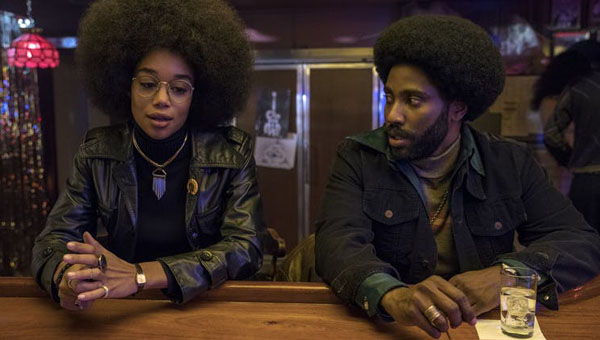 Spike Lee’s BlacKkKlansman, which was nominated for the Academy’s Best Picture Award, this year, delivers more than a brilliantly entertaining story. Officially, BlacKkKlansman is about Ron Stallworth (John David Washington, son of actor Denzel Washington), the first African-American police detective in the Colorado Springs Police Department who infiltrates the Ku Klux Klan with the help of a white proxy.

The film is based on actual events discussed in Stallworth’s 2014 memoir, Black Klansman: Race, Hate, and the Undercover Investigation of a Lifetime. The actors humorously and yet believably drive home the film’s strong racial irony. 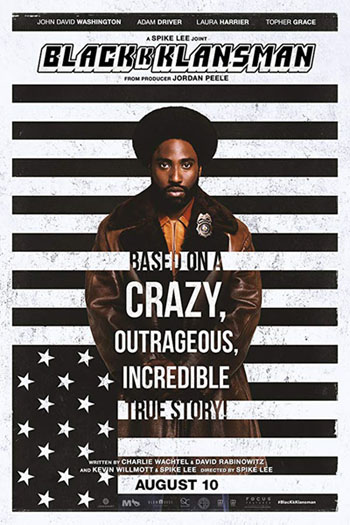 Stallworth’s operation upsets a string of Klan meetings and attacks, including a comically rendered attempt to bomb the female head of the Black student union.

Stallworth dupes the “Grand Wizard” of the KKK, David Duke (Topher Grace). Stallworth and Duke have a series of phone conversations about Stallworth’s feigned white nationalist beliefs and the upcoming ceremony marking his initiation into the “Organization.”

Drama and hilarity abound when Stallworth is assigned to personally guard Duke at the event and Duke is unable to make any connection between his new initiate and the police officer.

What makes this film good is not that it successfully delivers the story it promises, but that it also exposes how our racial past has only changed its bell-bottoms for straight-legs. Or put another way, BlacKkKlansman showcases how past racism still operates in the present.

Using the past to illuminate the present
Spike Lee, who was nominated for an Academy Award for Best Director, offers a parody of U.S. President Woodrow Wilson’s enthusiastic endorsement of the 1915 box office hit, Birth of a Nation. Birth of a Nation, based on a novel by Thomas Dixon, Jr., and unabashedly titled The Clansman, an Historical Romance of the Ku Klux Klan., is set just after the American Civil War. Both book and movie were used as propaganda to depict the Klan as saving the white race from the newly emancipated Blacks, rendered in the film as crazed rapists and criminals.

Lee successfully uses the past, as he has done in movies like Do the Right Thing (1989), to artistically quash the anticipated criticism that a film by a Black director that portrays white racism is guilty of being anti-white.

In contrast, by integrating the facts about Birth of a Nation, Lee explodes this phoney critique and points to the real racial irony: That films depicting white supremacy are likely to be wildly popular, even praised by presidents of their time, while a film that depicts the personal and professional impacts of racism, particularly on Black people, is subject to petty but popular criticism that the film is inherently anti-white.

Lee does not tread lightly, but marches into this racial terrain at the end of the movie by explicitly invoking images of U.S. President Donald Trump’s equivocation that some white nationalists are very fine people.

Comic relief; deadly serious
To artistically execute this heavy history in a film that runs two hours and 15 minutes is no easy feat. But Lee does not disappoint.

Lee deftly offers comedy as a necessary relief. For example, Connie Kendrickson, (Ashlie Atkinson), the wife of a Klan member, Felix Kendrickson (Jasper Paakkonen), is an eager-Jane, reminiscent of a classically uncool, geekish, eager-to-please teenager. She dresses up — rather badly — in a two-piece, too loose, bright red pantsuit to pursue her first terrorist act of planting a bomb. She foils the plan and the result is pure humour.

On the other hand, Lee interestingly and expertly weaves together the serious mini-dramas in Stallworth’s life. Stallworth must face personal conflicts in his love life when his (completely fictionalized) romantic interest (Laura Harrier) holds anti-cop views. And he must deal with persistent racism when he is formally admonished and told to accept routine anti-Black sentiments expressed at work or face consequences for complaining.

Confronting American racism
BlacKkKlansman is, of course, not the first time cinema has been used to confront similar themes of Blacks infiltrating the KKK or using covert police tactics. These themes have been variously treated in popular culture since at least the 1960s.

The 1966 film, The Black Klansman was directed by Ted V. Mikels and depicts a light-skinned Black man, Jerry Ellsworth (Richard Gilden), whose daughter is murdered by the Klan. Ellsworth passes as white to become a member of the KKK to take revenge on the organization and avenge his daughter’s death.

Another iteration was developed in the 1973 cult classic The Spook Who Sat by the Door, directed by Ivan Dixon and based on the 1969 novel of the same name by Sam Greenlee. In this film, Dan Freeman (Lawrence Cook) is an African-American who becomes a top CIA agent after being trained in advanced warfare, spy work and subversion.

Freeman soon resigns from the CIA and lives by day as a social worker but by night as the leader of a Black nationalist group called the Freedom Fighters. Freeman leads the group in pro-Black both non-violent and aggressive military acts against corrupt police and anti-civil rights efforts. 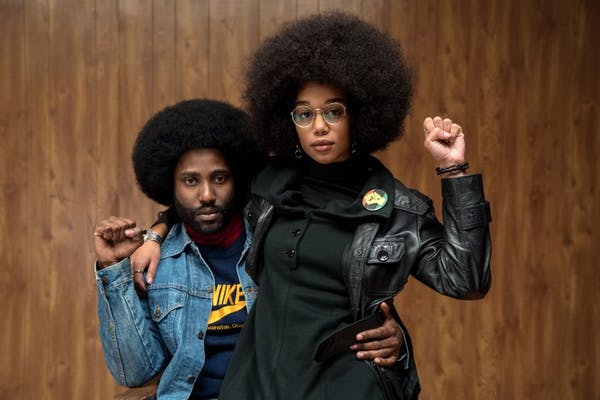 Then there’s David Chappelle’s famous skit of Clayton Bigsby on Chappelle’s Show. Because Bigsby is blind, raised in an all-white group home, and no one ever tells him that he’s African-American, he develops deeply racist views and joins the town’s chapter of the KKK. He learns he is Black while lecturing at a white supremacist rally when the crowd requests that he take off his hood. Even then, his views don’t change. When asked why he divorced his wife of almost two decades, he responds that it is because she is a n***** lover.

So BlacKkKlansman has to be more than just another cinematic episode depicting how a Black subversive is finally sticking it to “The Man.” This story is about much more than one Black police officer who successfully and brilliantly subverted and breached the Klan to assist efforts of Black liberation.

And the film certainly does more than chase laughs by exposing the inanity of racist views. BlacKkKlansman is an insightful foray into the neo-passing genre. The neo-passing genre addresses contemporary injustices and asks audiences to consider and distinguish between “classic and popular narratives of passing” where contemporary versions of passing can be about performing resistance and contesting unjust social circumstances.

As a neo-passing story, BlacKkKlansman is ultimately about the current reality that African-Americans specifically, and other racial minorities in general, must continue to endure racism; that they must still argue that saying “Black lives matter” always means all lives matter. That Lee is able to highlight this through an entertaining adaptation of the past makes his latest film one to see and discuss.

Vershawn Ashanti Young is a Professor in the Department of Drama and Speech Communication at the University of Waterloo.