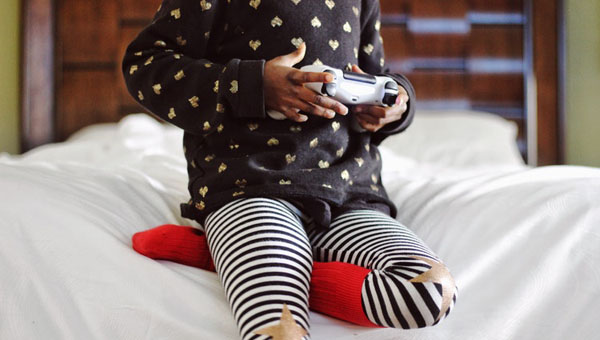 Researchers, doctors, public health officials and parents are all trying to make sense of the impact of screen time on children.

Some historians argue that every new technology has been vilified — from the printing press and television to digital technology. Others argue that the accessibility, intensity and desirability of digital media is different. And research shows that 98 per cent of children are now living in a home with an internet-connected device, with kids spending a considerable amount of their time online.

In a study published today in JAMA Pediatrics, we find a measurable association between how much young children are using screens and how well they are meeting their developmental milestones.

We found that higher levels of screen time at two and three years predict poorer child outcomes at three and five years, respectively.

Our study revealed that on average children were viewing screens for 2.4, 3.6 and 1.6 hours per day at two, three and five years of age, respectively.

These numbers far exceed recommendations by the Canadian Paediatric Society and American Academy of Pediatrics — that children between two and five years view no more than one hour of high-quality programming per day. 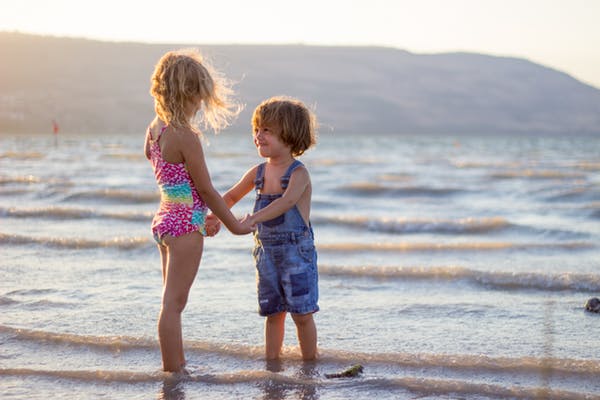 The chicken or the egg?
We also gave the mothers a widely used screening assessment to see whether their kids met developmental targets for communication, motor skills, problem-solving and social skills.

We used a longitudinal design to understand whether higher levels of screen time predict how kids are doing, or whether kids who struggle get put in front of screens more to help manage their challenging behaviours.

Digital interface or missed opportunities?
Because we only looked at total number of hours on screens, we don’t know which apps, games or websites children are using. Is it streaming media, video games or apps that are the culprits? Is it passive versus active forms of digital technology? Does it matter if children are watching screens alone or with caregivers? These are important considerations in future research. 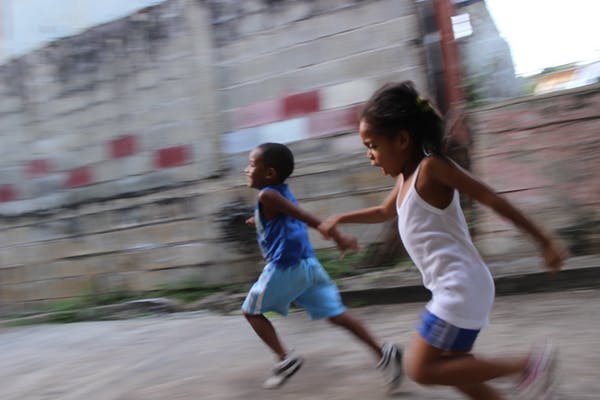 A run through the streets is better for a child’s physical development than a computer game. Photo credit: Unsplash/wayne lee sing.

Also, our study is not able to directly determine how screen time delays child development. Two prominent ideas exist. The first idea is called direct effects, and suggests that something about the digital interface (bright lights, highly reinforcing game play and repetitive rewards) is compromising development.

The other idea is missed opportunities, and suggests that when children are watching screens they are missing out on opportunities to practise development — such as talking, running and interacting with others.

The art of screen time
Our study shows an association between screen time and child development. This does not mean that one causes the other.

To determine that, gold-standard experimental designs that randomly assign children to receive or not receive screen time, and then see how they develop, are needed.

Given the ethical challenges of such a study and the ubiquity of digital technology, this type of research is nearly impossible. So studies like ours — that follow children over time and apply sophisticated statistics — are the next best thing to understanding associations.

Families can work to balance digital media in the home, and we believe that digital mediums can be used positively. It’s when they are used in excess that problems likely arise.

As noted in The Art of Screen Time, it’s best to enjoy screens, not too much and mostly with others.