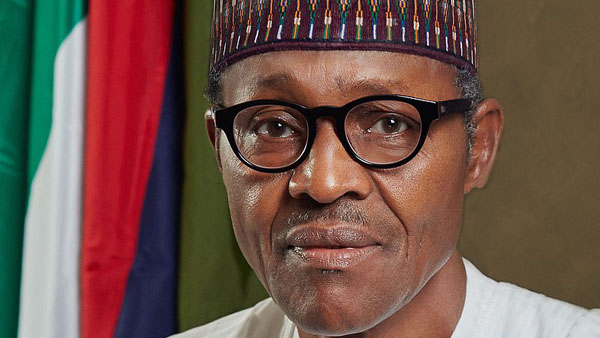 Muhammadu Buhari was re-elected as president of Nigeria in late February, winning 56% of the vote share in a poll shrouded in controversy. After polling day was delayed by a week on the eve of the election, the result was met with allegations of election irregularities. Turnout was low, and only 35% of those registered voted, compared to 44% when Buhari was elected in 2015.

The competition was fierce. The race for the presidency was between the incumbent, Buhari, and a pro-market multimillionaire, Atiku Abubakar, the opposition leader. Before the poll, investors predicted victory for Abubakar could have boosted Nigeria’s medium-term economic growth, though there were concerns over historic allegations of corruption surrounding him. He denies any wrongdoing.

Buhari, a former military general, focused his first term in office on tackling corruption and security issues but was widely criticised for neglecting the economy. Some of his economic policies drove investors away and were detrimental to growth.

In 2015, Nigeria introduced capital controls, measures to limit the flow of foreign capital in and out of the domestic economy. This was of concern to investors who feared they may not be able to repatriate funds out of the country. In the same year, the government pegged Nigeria’s currency, the naira, to the US dollar, which significantly reduced foreign currency reserves. The peg was eventually removed in 2016 – a decision welcomed by investors, though it sharply devalued the naira against the dollar.

Since Buhari was first elected in May 2015, Nigeria’s stock market has been the world’s worst performer, losing almost half its value in dollar terms, according to Bloomberg. And stocks fell immediately after Buhari’s re-election was announced. This came after the Nigerian stock exchange suffered a $540.6m loss in one day after the elections were postponed by a week.

Still, international bond markets reacted positively to the election result, and there was a rise in dollar-denominated bonds, often favoured by international investors. Naira bonds also rose after the results were announced, indicating bond traders are more focused on the currency and bond yields on offer.

Buhari’s priorities
In his first term, Buhari focused a great deal on Nigeria’s security challenges. Knowing he faces a strong political opposition and that people are desperate for economic growth and its benefits, he now needs to turn his attention more squarely on the economy. This requires a shift in the government’s economic policy to embrace much more market-driven policies, such as the decision his government took in 2016 to remove the naira peg against the dollar.

Finance and industry
Buhari’s victory is likely to mean stability for the financial sector, particularly if the Central Bank of Nigeria governor, Godwin Emefiele, retains his position. Abubakar had threatened to remove the governor if he won. If Emefiele stays and his term, which comes to an end in June, is renewed, this would support stability in the financial markets. It would mean no radical changes to monetary and exchange rate policies, which can affect the price and value of financial assets, are likely to occur. Also, no major changes are expected to occur in the industrial sector, although there is continuing urgency to develop Nigeria’s manufacturing base to boost employment.

The country’s high fiscal deficit, debt levels and corruption levels could no doubt dampen investor confidence in Nigeria. Buhari also faces criticism over his inexperienced policy advisers, which could diminish the credibility of new policy announcements in the future. It’s also unclear whether there is going to be a cabinet reshuffle, or if key ministers, such as the finance minister, will remain in post.

Still, major changes in the policy environment are not expected under Buhari’s second term in office. As investors like predictability, policy continuity could help improve investor sentiment.

Nigeria’s governance also needs to be underpinned by principles built around the rule of law, which are critical for building any viable market economy. The six dimensions of governance, coined by the World Bank’s World Governance Indicators Project, speak to the heart of the challenges Nigeria faces. These are: voice and accountability, political stability and absence of violence, government effectiveness, regulatory quality, rule of law and control of corruption. Strengthening these six dimensions could help set Nigeria along the path of recovery and then growth again.

With all its woes, Nigeria still remains the largest economy in Africa and the largest oil producer on the continent. With a huge market and a huge potential for foreign investment, every wise investor should have their eyes on this country.

Iwa Salami is a Senior Lecturer in Financial Law and Regulation at the University of East London.