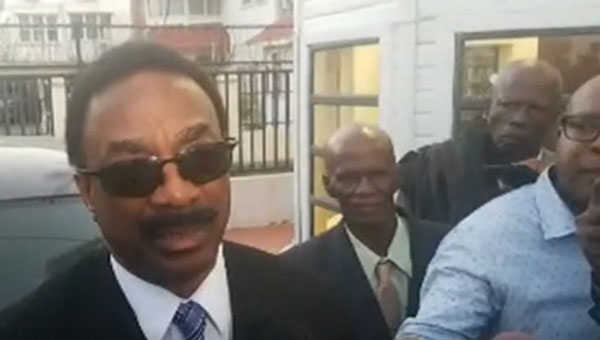 GEORGETOWN, Guyana, March 24, 2019 (CMC) – Attorney General, Basil Williams, on Friday, welcomed the Court of Appeal ruling that the motion of no confidence, passed in the Guyana National Assembly on December 21, last year, was invalid; even as supporters of the main opposition People’s Progressive Party-Civic (PPP-C) staged demonstrations, across sections of the country, in their quest for fresh regional and general elections.

“The ruling of the Court, today, is business as usual for the government,” Williams told reporters, as he emerged from the Court of Appeal building, after the three-member panel had been split on their ruling, by a two to one margin.

Asked whether he would advise President David Granger, on setting a date for the election, Williams replied “no, I really can’t get into a discussion….between myself and the President, because I don’t want to pre-empt anything”.

Williams dismissed arguments by Opposition Leader, Bharrat Jagdeo, that the government was illegal, given that it had been 90 days, since the motion had been passed in the National Assembly, and that legislators had not voted to extend the deadline for when fresh general elections had to be called, in keeping with the provisions of the Guyana Constitution when a vote of no confidence is passed.

But former attorney general, who was representing the PPP-C, Anil Nandlall, said while he was disappointed with the ruling, the matter would now go before the Trinidad and Tobago-based Caribbean Court of Appeal (CCJ), which is the country’s highest court.

“Understandably I am disappointed, for we felt that 33 has always constituted a majority in our National Assembly, since independence, and that belief of ours, supported by reality, has been turned upside down.

“So whilst we have won on all the issues of law, as you would have heard,  we have, lost the maths and I never thought this to be a case of maths, I thought this was a case of law,” he told reporters. 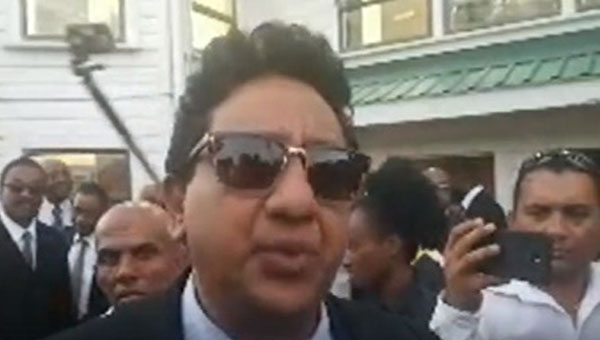 Nandall said it was always the intention of either party in the appeal to take the matter before the CCJ “and it will go there, because this is an important matter.

“Unfortunately one issue, just a singular issue, has to be determined now. So this is a case that can be heard, within a matter of days,” he added.

In a split decision, the three-member panel of judges said that the no-confidence motion had to be passed by 34 of the 65 members of the National Assembly, instead of 33, in order to have been valid.

Justice Cummings-Edwards said that the acting Chief Justice, Roxane George-Wiltshire’s, calculation of allowing the 33 votes to be a majority, applied only to a “simple majority” and not an “absolute” one.

Justice Gregory also said that 34 votes were required, after dividing the total membership of 65 by 2, rounding up 32.5 to 33 and adding another vote to acquire an absolute majority.

But in his dissenting ruling, Justice Persaud, said, with the greatest of respect to Grenada-born constitutional expert, Dr. Francis Alexis, who had appeared on behalf of the government, his argument that the no-confidence motion could only have been passed by rounding up 32.5  “does not accord with logic or common sense” unless there is a stated formula.

The judge also disagreed that Article 70 of the Constitution of Guyana guarantees a five-year term, because other provisions provide for a proclamation and unless sooner dissolved.

The government had appealed the High Court ruling that the no-confidence motion, passed on December 21, 2018, was valid, and had refused to issue a conservatory order to stop the countdown to the 90-day period, during which regional and general election had to be held, following the passage of t motion.

Williams told reporters that he was grateful for the results, saying “it was a team effort and a lot of work had been put into it”.

“We really stretched the extremities of the law in this area, and we are happy with the results. The proper principle was applied to the computation,” he said, noting “we always believed that that was the right computation”.

“All we had to do was find the road to satisfy the Court and I think we did that very well,” Williams said, adding he was confident about the whole issue of “absolute majority”.