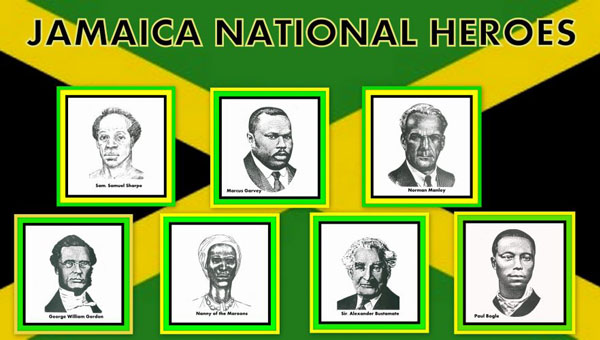 A number of Jamaicans were also honoured for their contribution to the development of the country.

While Prime Minister Holness used his message, in the main, to warn about the implications associated with the destruction of the environment, Phillips said corruption would destroy the foundations of the nation.

Holness said that “we readily understand the value of our natural heritage when we are complimented on the beauty of our island, our white sand beaches and welcoming warm weather.

“We come to an even greater understanding, when we consider that our tourism product and the economic activity around it, heavily depends on our environment and climate,” he said, noting however, that “this heritage is under threat from our individual actions, such as improperly disposing our waste, slash and burning our hillsides, forests and fields, and overfishing our marine stocks”.

Holness observed that the historical and current global use of carbon-based fuels for energy, which has driven production and consumption patterns since the industrial revolution, has had a noticeable effect on the global climate, which is being felt, locally.

“The effects of climate change have become increasingly more visible in recent years. Research confirms that average global temperatures are increasing,” he warned, noting that in Jamaica, an examination of the annual rainfall reveals “there are more extreme swings, between flood and drought conditions, than there were in the decades before”.

“Coastal erosion and storm surges are more evident. The frequency and intensity of storms and hurricanes have increased, and the temperature of our hottest days is rising. These are all evidence of the impact of climate change on our environment.

“Climate change has implications for our sustainable development, and impacts all areas of our life, including our economy and critical infrastructure. You would have seen recently, how an entire island was wiped out in the Bahamas, and, locally, the serious flooding and dislocations that resulted from a few episodes of intense rainfall,” he explained.

Holness said that the government is committed to implementing policies that mitigate and adapt to the effects of climate change and build economic and financial resilience.

“Jamaica is actively participating in several global oceans’ initiatives and, locally, we are ensuring that our marine environment is being sustainably utilized and managed. We have intensified our commitment to protect and preserve our watersheds and the attendant impact on coastal ecosystems.

“We recently embarked on a national tree planting initiative that will see over three million trees planted, in three years, representing one tree for every Jamaican citizen. You would have already adjusted to the ban on single-use plastics and, shortly, a plastic bottle deposit and buy-back scheme will be in place,” he noted. 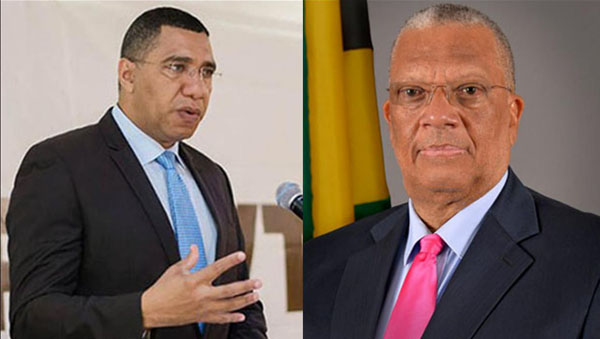 He said the government continues to transform the energy sector into a more efficient and cleaner producer of energy: through the replacement of old plants; the diversification of the fuel mix, with liquefied natural gas; but more importantly, increasing the share of renewables in the generation of electricity, as demonstrated when we officially commissioned, earlier this month, the largest solar farm in the English-speaking Caribbean.

“We have also sought to climate-proof our economy by developing financial responses that would reduce the need for borrowing, in the event of a catastrophic, natural shock,” he said, noting that this  includes the re-institution and funding of the National Contingencies Fund, with two billion dollars set aside from this year’s budget.

The Opposition Leader paid tribute to the “thousands of ordinary Jamaican citizens, from all walks of life”, who help to maintain the island’s fine traditions of nation-building.

But he said, “those of us, who are privileged to lead, must always put the needs of the people and the country first”, and that the national heroes were willing to put their lives on the line for the public good.

“Political leadership, today, must demonstrate this level of commitment to country. Our national heroes demonstrated iron-clad integrity and stood strong, in the face of oppression and hardship. The present wave of rampant corruption and criminality is contrary to what they stood for.

“They knew that corruption would destroy the foundations of our nation. Corruption not only undermines public morality, but the billions of dollars — tax-payers money — diverted into private hands for personal use, will only set back the economy and retard our progress as a country. When you rob the public purse, you rob the people,” Phillips said.

He urged Jamaicans to embrace the vision of the national heroes and “celebrate our heritage as a great legacy”.

“We must protect this heritage and, indeed, strengthen it.  We must pass on to future generations a legacy that is even more enriched and inspired,” he advised, adding “let us demand leadership that will build a progressive, successful and just Jamaica, for all our people”.