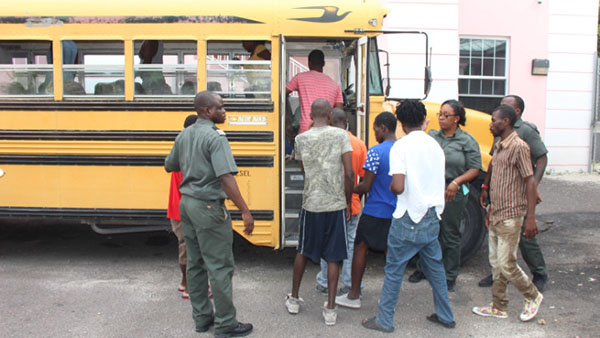 NASSAU, The Bahamas, July. 8, 2018 (CMC) – Forty six Haitian migrants, who were apprehended in Bahamain waters, last week, all pleaded guilty to illegal landing, when they appeared in court, on Thursday.

Two of the migrants, who were repeat offenders, were sentenced – Alliance Alcy will serve three months in jail and Sherline Myrtil will serve six months. They will both be deported after completion of their time served.

The other 44 migrants are expected to be deported as soon as possible.

The group of migrants were apprehended by Defence Force patrol craft, off the coast of South Eleuthera.

This is the second group of migrants to be charged, within the past three months.

On April 25, a total of 35 Haitian migrants were charged before the courts in Marsh Harbour, Abaco, after they were apprehended, during a joint operation between The Royal Bahamas Defence Force, Police Force and Bahamas Immigration Department. They were all deported back to Haiti.