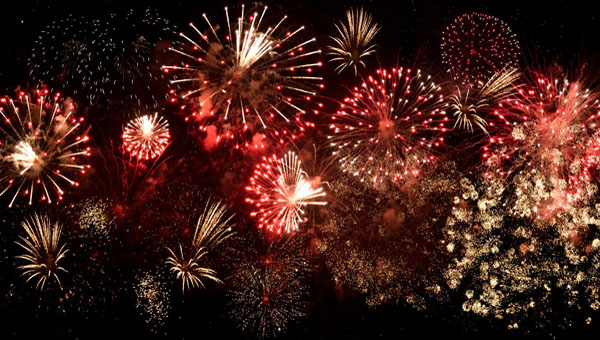 What can you do on the first day of a New Year that you were not capable of doing 12 months ago?

The great Roman Stoic philosopher, Epictetus, cautioned that as humans we cannot control events, but we can certainly control our attitudes towards them.

While many look forward to a brand New Year, others still think back to the ones that have passed. As a consequence, New Year’s Eve becomes a time for both sensations — the excitement and anticipation of the year to come, and the nostalgic, wistful memories of years gone by. Midnight on New Year’s Eve is a unique kind of magic.

Perhaps it is a natural part of aging, but as the New Year fast approaches, my heart and thoughts are much more in the past than in the future. Granted, the past cannot be altered or relived in any real sense, but if I were magically granted a few wishes, I would start with the following: I wish that more children could grow up with a loving mother and father in the home.

Kids from one-parent households just do not have the same advantages. From a pedagogical stance, I wish our colleges and universities had a better balance of conservative and liberal thinking and teaching. I wish that academia would teach students to be independent, responsible adults, instead of narcissistic, whining babies.

I wish that media (CNN included) had a better balance of conservative and liberal reporting. A fair press would be refreshing and much healthier for our society in general. I wish the entertainment industry got back to creating non-political entertainment. Certainly we do not need messages, via the movies or television shows.

I wish that a way could be figured out to eliminate the ongoing acceptance of vulgarity in our society. How does that make us a better people?

I wish people would stop relying on electronic devices so much, especially texting and so-called social media, which, in reality, is anti-social, because it keeps people from speaking, directly, to one another in a human way. I would much rather hear a voice than read poorly-spelled texts.

I wish Canada was a true melting pot and we still had the wonderful common culture we once shared, before Canadian history was replaced by revisionist history, multiculturalism and politically-correct  nonsense.

I wish the politicians would use commonsense and elevate their sacral areas to rid the streets and metro stations of homeless mendicants. Any homeless person, who is mentally and physically able to work, should be working, with assistance given where necessary. The drug addicts, alcoholics and mentally-disturbed should be picked up off the street and put into appropriate hospitals, and treated.

I wish more people could appreciate the blessings they have, instead of joining the grievance community of whiners.

I wish I had a few more years with my parents. Despite my age, I miss their advice and guidance. I would give anything to be able to sit down and talk things over with them now, highlighting especially the wisdom of their words.

There was so much that went unsaid years ago. I wish I were smarter about certain things when I was younger. I wish I had more patience, and self-restraint built into my DNA but, then again…

Happy New Year to Everyone!