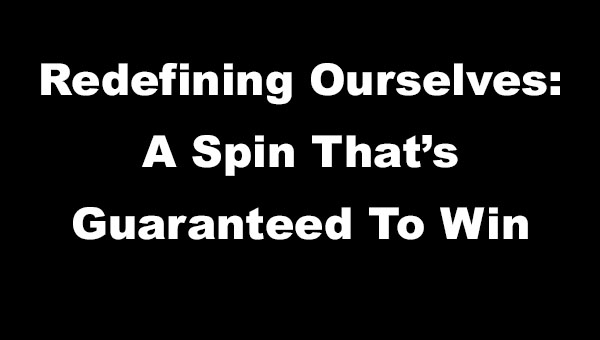 Those great achievements can only occur, after we define ourselves, with some practicality and foresight.

In previous columns, I have outlined the need for Blacks in Montreal to unite and undergo a Cultural Revolution, in order to remain relevant and thrive in Canada. A first and foremost fact is, that you do not have to be me in order for us to fight alongside each other; nor do I have to be you to recognize that our wars are the same.

What we must do, is commit ourselves to a future that can include each other and work towards that future, with the particular strengths of our individual identities. And, in order for us to do this, we must allow each other our differences at the same time as we recognize our sameness.

For the briefest of moments, let us not forget that revolution is not a onetime event — no way; continued play!

Among Blacks, the commonly-held distortion of relationship, which says “I disagree with you, so I must destroy you”, leaves us, as Black people, with basically uncreative victories, defeated in any common struggle.

This jugular-vein-type psychology is based on the fallacy that your assertion or affirmation of self is an attack upon myself — or that my defining myself will somehow prevent, or retard, your self-definition.

It is blatantly apparent that a vocal part of the Black community, especially the so-called community leaders, have lost sight of the fact that unity does not mean unanimity — Black people are not some standard-digestible quantity.

In order to work together, we do not have to become a mix of indistinguishable particles, resembling a vat of homogenized chocolate milk. We are all more blind to what we have, than to what we have not.

So for Black women, as well as Black men, it is axiomatic that if we do not define ourselves, for ourselves, we will be defined by others — for their use, and to our detriment.

In this nation currently, more and more segments of the Black community are awakening and beginning to recognize the need to assert their own definitions, to reclaim their history, their culture, to create their own sense of community and togetherness.

On a cautionary note, in redefining ourselves we must be strong enough to raise our children the way we believe is best for them, and be able to resist the pressure of being followers. Every time a race imitates another race, the imitator ends up in a lose-lose situation, for the imitator will lose its true self in the process, and that imitator will never be able to be like the imitated race.

If we are to rescue our values, and be seen and respected as a people, we must discipline ourselves to understand and accept the Black self, and promote the ideas that are consistent with the collective self-interests of the people. In talking about the Black self, I am making reference to things, such as Black thinking, Black economy and a variety of other things that make us who we are, as a people. These are the things that give us the right to existence, itself.

It should not be overlooked that the path to redefinition is not always as clear-cut as it may appear, for any sane thinking person would agree, that racism still exists in our society.

As a community, if there is one thing we can learn from the 60s, is how infinitely complex any move for liberation must be. For we must move against not only those forces, which dehumanize us from the outside, but also against those oppressive values, which we have been forced to take into ourselves.

The latter-mentioned evil serves to stultify the human spirit, oppress human endeavours, and further distort human emotions and sensibilities. Racism of such quality has assisted in producing the condition, in which the majority of Black people, in this province, find themselves — poorly housed, inadequately-educated, filling the prisons.

It would be simplistic, at best, to argue that such conditions result, only from the historical practice of the mainstream culture defining the terms, by which Black people are to live their lives. However, by the same token, it is not wrong for me to argue, that we have not seized the opportunities to create our own terms and thus, to define ourselves.

Our basic need is to reclaim our history and our identity, from what can be aptly termed, cultural terrorism. We have to struggle for the right to create our own terms, through which to define ourselves and our relationships to the society, and, above all, to have these terms recognized. Black people must redefine themselves, and only they can do that.

Change is the immediate responsibility of each of us, wherever and however we are standing, in whatever arena we choose. For while we wait for another Malcolm, another Martin, another Nelson, another charismatic Black leader to validate our struggles, nothing is changing.

This is the necessity of free people. Yes, my people, Black History must continue, and it is time for us to plan on creating Black History. That begins with defining ourselves.