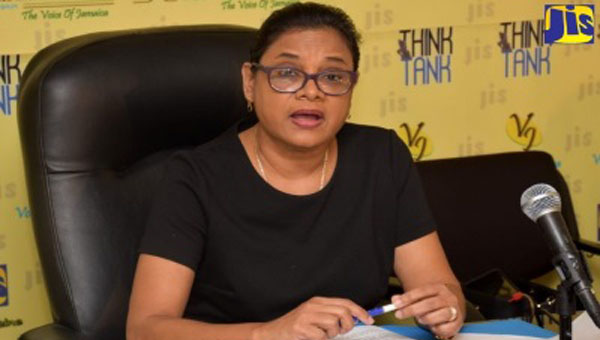 KINGSTON, Jamaica, February 14, 2020 (CMC) – The Ministry of Health reported, yesterday, that the results for the first patient, who was placed in isolation, have come back negative for the novel Coronavirus (COVID19).

The results were received, on Wednesday, from the US-based Centre for Disease Control and Prevention CDC).

According to Chief Medical Officer of Health, Dr. Jacqueline Bisasor-McKenzie, the patient, who had arrived in the country, on January 30, and was later isolated, will now be discharged.

She disclosed, that on Monday, a second person was isolated, after an elevated temperature was detected, while the person was being monitored, in a government quarantine facility.

A sample has since been taken and sent to the Caribbean Public Health Agency (CARPHA) for testing.

Meanwhile, a third Jamaican has been put in isolation, following arrival into the island, at the Donald Sangster International Airport, in Montego Bay, St. James.

The traveler, who arrived, on Tuesday, underwent the relevant protocols, in keeping with the current travel restrictions.

The Jamaican, who had traveled from China, was discovered to have had a fever, and was immediately isolated.

“This patient has been isolated, in keeping with our protocols, whereby anyone, who has travelled from China, in the last 14 days prior to arrival, and has symptoms, will be isolated and investigations carried out,” Dr. Bisasor-McKenzie revealed.

The Cheif Medical officer said a sample has already been sent to the Trinidad and Tobago-based CARPHA, where it will be tested for the novel coronavirus, (COVID 19).

“We expect a 48-hour turnaround time for the results, once the sample is received,” Bisasor McKenzie noted.

The Ministry of Health has also sought to remind the public that the quarantine and isolation procedures are in place, to detect and investigate early, all persons, who may have been exposed to the virus.