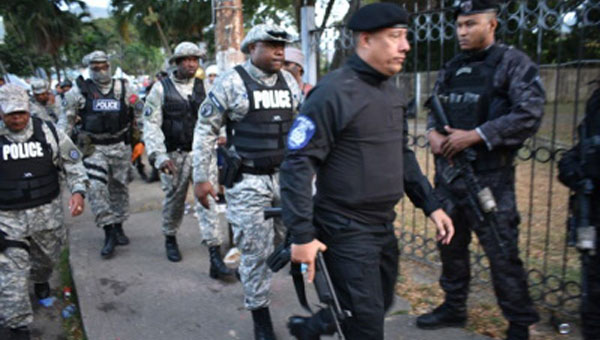 PORT OF SPAIN, Trinidad and Tobago, February 24, 2020 (CMC) – The Trinidad and Tobago Defence Force (TTDF) said, today, it had launched an investigation into an incident at a Carnival activity, yesterday, where gunshots were fired into the air, to disperse patrons at the party in Chaguaramas, west of here.

In a statement, the TTDF confirmed the incident, involving “unruly patrons” and members of the Coast Guard, after the party-goers had parked their vehicles at the Heliport.

It said that in an “effort to bring the situation under control, warning shots had to be fired in the air”.

“No one was seriously harmed or injured during this incident.  The Trinidad and Tobago Coast Guard has begun investigating the circumstances, surrounding the incident, and the appropriate action will be taken, as required,” the statement said, adding that the TTDF would continue to “provide quality services to ensure the safety and security of citizens”.

The statement made no mention, of which activity had resulted in the incident, given that two parties were taking place at Chaguaramas, on Sunday.

Meanwhile, Police Commissioner, Gary Griffith, has commended revellers for their “exemplary behaviour and their observance to the rule of law”, during J’Ouvert celebrations that heralded the start of the final two days of Carnival celebrations, here.

Griffith said that there was a virtual absence of persons, seen or carrying glass bottles, during the J’Ouvert celebrations and that citizens have accepted the ban, on glass bottles for Carnival.

The Carnival (Prohibition of Glass Bottles) Regulations 2020 took effect at 4.00 am (local time), today, and will end at midnight on Tuesday, and Griffith praised the suppliers and distributors of beer and other types of alcohol drinks, for their cooperation, in having these drinks distributed and sold in tins and plastic bottles.

“Several persons were arrested for minor offences, and from all reports received, there were no life-threatening injuries, related to J’Ouvert,” Griffith said, adding that there was a security lock-down, as thousands headed into the capital for the celebrations.

Griffith added that he was looking forward to the cooperation of the citizens for the remainder of the Carnival festivities, which , tomorrow, with the traditional street jump-up and parade of the Carnival bands.

The Police Commissioner said that police officers, who failed to turn out for duty, on Monday, would report to his office, on Thursday, “to explain their absence from Carnival duties”.