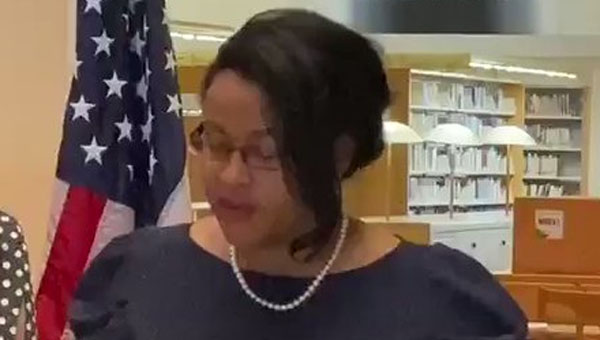 MIAMI, Florida May 30, 2020 (CMC) – The Governor of Florida, Ron DeSantis, has appointed Judge Renatha Francis to serve as the first Jamaican-American on the Florida Supreme Court.

It also hears cases, on appeal, from the Florida District Courts of Appeal.

DeSantis said Francis’ appointment fills the vacancy of former Florida Supreme Court Justice, Robert Luck, who now serves on the United States Court of Appeals for the Eleventh Circuit, after being appointed by US President, Donald Trump.

Francis, who resides in West Palm Beach, will officially take her seat on the Florida Supreme Court on September 24, 2020.

“Judge Francis’ story demonstrates that anyone, who comes to United States, has an opportunity to make the most of their God-given talents,” said DeSantis, in a statement. “Before immigrating to Florida, she ran two businesses and served as the primary caregiver for a younger sibling in Jamaica.“

“After completing her law degree, she advanced to serve on the Miami-Dade County, and then the 15th Circuit Court,” he added. “Starting in September, she will serve as the first Jamaican-American to sit on the Florida Supreme Court, and I know she will serve our state well.”

Judge Francis said she was “incredibly honored and humbled by this appointment and in the confidence that Gov. DeSantis has shown, by giving me this tremendous opportunity to serve the people of the great state of Florida”.

“As a student of history, growing up, I was, and remain, in awe of the United States Constitution, its freedoms and its respect for the rule of law,” she said. “I look forward to applying the law, as written by the people’s duly-elected representatives, as I serve at the highest level of our state judiciary.”

Francis, who previously served as Judge for the Miami-Dade County Court in 2017, was an attorney for the 1st DCA in Tallahassee, Florida, from 2011-2017.

Francis received her bachelor’s degree from the University of The West Indies, and her Juris Doctorate, a law degree, from Florida Coastal Law School.