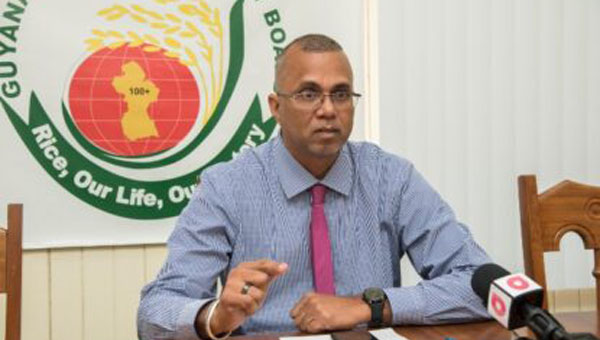 GEORGETOWN, Guyana June 13, 2020 — The Guyana Rice Development Board (GRDB), on Thursday, reported a 13 percent increase in rice exports, between January and May 2020, when compared to the same period, last year, according to General Manager, Nizam Hassan.

He further explained that there has also been an increase in the export of packaged rice, signalling a greater sale of value-added products.

This means that Guyana is earning more revenue for its rice, and indicates a greater demand for our retail-ready, packaged rice, the General Manager added.

Rice production in the republic has been on a steady upward trajectory, over the last few years. According to a report from the Food and Agriculture Organisation of the United Nations: “The improvement of extension services of the Guyana Rice Development Board and the expansion of Public Agricultural Investments, supported crop yields.”

It is expected that annual production will increase, for the fourth consecutive year, and reach 1.1 million tonnes, roughly 15 percent higher than the five-year average.