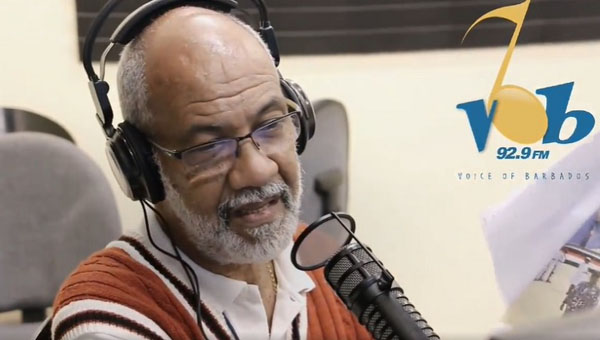 Johnson was known for his many roles in broadcasting, at both the Voice of Barbados/Starcom Network and the Caribbean Broadcasting Corporation. In November 1994, he joined the Voice of Barbados as a freelance moderator, and was later appointed announcer/moderator. He rose through the ranks in the Radio Services Department to senior program assistant, senior producer and program director.

Ever the consummate professional, Johnson was skilled at injecting the appropriate balance of reverence, pomp and circumstance into his outside broadcasts. As an announcer and moderator on Down to Brass Tacks, his extensive knowledge and attention to research was evident, and his contributions were always communicated humbly.

“The Barbadian institution we know today as Starcom Network, once Barbados Rediffusion, is as much a part of our landscape as Holetown, Chalky Mount or Six Roads. And it has been home to some of the most respected personalities in Caribbean radio.

“In the larger scheme of broadcasting in Barbados though, Dennis Johnson’s near three decades-long sojourn at River Road is but a small slice of that history. Yet, he has had such a phenomenal impact in that time that is it almost impossible to imagine Starcom Network without him,” stated Prime Minister Mia Mottley.

“Dennis was a man of strong character; a man committed to intellectual and broadcasting honesty and excellence; one who was not afraid to challenge the establishment; to defend the proverbial ‘small man’ — then without so much as batting the eyelid, let that same small man know he was wrong.

“He loved to talk, to discuss, to argue, to share his opinion, but always with the greatest of respect for those who engaged him — he was made for radio. Or perhaps, radio was made for him, for he was a natural in front of the mic,” Mottley added.

The Prime Minister continued: “I have engaged Dennis on many occasions over the 30 years. He was unfailingly courteous and always fair. We did not speak often, but when we did, the conversations were deep, sincere and meaningful. While we all knew of his health challenges, he never hid behind them. Indeed, it reinforced in many of us his quiet courage.

“I shall miss Dennis at a personal level. But Barbados, in my view, will miss his voice and his message. To his family, we extend our condolences. May the passage of time ease the depth of your loss.”

The staff of the Barbados Government Information Service (BGIS), who worked with Johnson at numerous national events, over the years, among them the Remembrance Day Parade and the Independence Ceremonial Parade, commented, “We are deeply saddened by Dennis’ passing.”

And BGIS’ Chief Information Office, Sharon Lynch, shared: “My fondest memories of Dennis are chatting with him at the numerous site visits we would have attended, in preparation for national events. He was quite a witty conversationalist, and had a warm and engaging personality. On behalf of the BGIS, I extend condolences to his family, friends and media colleagues.”