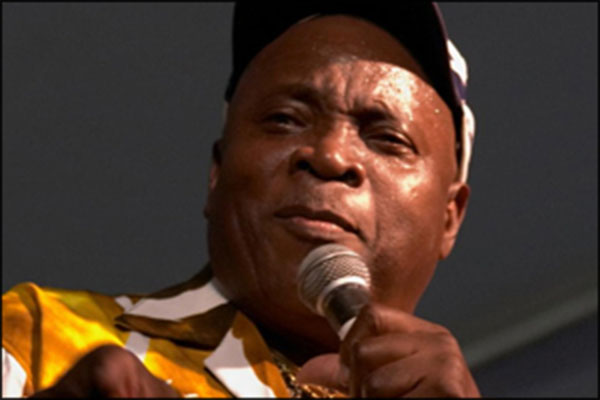 “Mighty Sparrow” In Coma In US Hospital

PORT OF SPAIN, Trinidad, CMC – The Mighty Sparrow, whose real name is Slinger Francisco, is in a coma in a hospital in the United States, relatives have confirmed.

“The family of Slinger Francisco, The Mighty Sparrow, is sad to announce that the Calypso King Of The World is in a New York hospital in a coma,” said a statement, signed by Francisco’s wife, Margaret.

“The family is asking fans and the people of Trinidad and Tobago to pray for him and to respect their privacy. An update on his progress will be announced,” added the statement.

Francisco, who has been performing for more than 40 years, has been having health challenges for the past three years, including having to undergo surgery in 2010 to treat an incarcerated right inguinal hernia that had caused him to cut short performances in Trinidad and in the United States, because of excruciating pain while on stage.

The Grenada-born Francisco, 78, has been hospitalized for complications caused by diabetes more than once, but has continued to perform both here and in the United States.

Widely regarded as the “Calypso King of the World,” Francisco is one of the best-known and most successful calypsonians. He has won Trinidad’s Carnival Road March competition eight times and has been named Calypso Monarch 11 times.

Sparrow’s lyrics, which are famous for being witty, ironic, and ribald, sings flirtatiously of the attractions of Hispanic women in “Magarita,” and of East Indian women in “Marajhin.” He tells some outrageously frank tales of sexuality in “Mae Mae,” “The Lizard” and “Big Bamboo.”

And there is humorous commentary on West Indian culture to be found in “Obeah Wedding” and “Witch Doctor.” Robert Christgau called his controversial song, “Congo Man”, ‘a wildly perverse piss-take on African roots, interracial revenge, interracial sex, male-female relations, and cannibalism.’ The 1965 song was criticized for its attitudes toward women and Africans, and banned from radio airplay until 1989.

Sparrow also frequently commented on social and political issues in his songs. During his early career, he was a supporter of Dr. Eric Williams and his People’s National Movement (PNM),which was formed in 1955 and led Trinidad and Tobago to independence in 1962.

Songs such as “Leave The Damn Doctor Alone” and “William the Conqueror” mentioned Williams directly, while others such as “Federation” (blaming Jamaica for the breakup of the short-lived West Indies Federation), “Our Model Nation” (celebrating Trinidadian independence), and “PAYE” (supporting the PNM’s pay-as-you-earn tax system) echoed PNM positions.

Sparrow did express discontent in 1957’s “No, Doctor, No,” but it was comparatively mild, and aimed at holding PNM politicians to their promises rather than replacing them.

He cleverly combined political criticism with sexual innuendo in his mid-1960s song, “BG Plantain”, which decried the ban, levied by Prime Minister Williams, on imported plantain from British Guiana (BG). Plantain, a large banana-shaped vegetable, is a staple of West Indian cuisine, and Sparrow praised the BG plantain as larger, sweeter, and superior to the home-grown Trinidadian variety.

Sparrow’s mid-1960s hit, “Sir Garfield Sobers” — celebrating the great Barbadian all-rounder cricketer, who starred for West Indies teams — anticipated, by a decade, the knighthood, which Garfield Sobers would actually receive in 1975. Sobers is generally regarded as the greatest all-rounder in cricket history.

Affectionately called “The Birdie”, Francisco, who migrated to Trinidad before he was a year old, was honoured by the fishing and rural community of Grand Roy, St. John, last year.