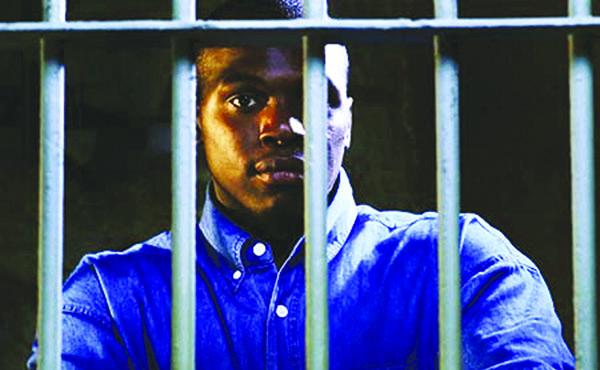 Is Incarceration Undermining The Mental Health Of African Canadians?

Incarceration is destabilizing the mental health of African Canadians.

The mental health intervention for incarcerated African Canadians, if any, is typically done in a way to control rather than comprehensive treatment. Antipsychotic drugs seem to be easier to give than to simply assist them in managing their mental illness.

The thinking behind this could well be that chemical restraints prevent African Canadians from acting out in a psychotic manner in jail. The symptoms of mental illness that are most pronounced or obvious get stabilized with medication whilst the less pronounced mental health symptom that includes depression and anxiety goes unnoticed.

Some of these antipsychotic medications work to make incarcerated African Canadians with a mental illness just simply sleep.

African Canadians confined to a prison and who suffer from a mental illness report that they are sexually abused and assaulted and face other types of violent abuse whilst incarcerated from others also confined in the penal complex.

In a highly stressed environment like prison it is important that guards keep their cool and not become associates or bystanders in abuse.

African Canadian men and women with mental illness spend a lot of time trying to avoid any form of mistreatment and doing their utmost to gain favourable regards from other incarcerated individuals in order to boost their safety until their release from incarceration.

Many incarcerated African Canadians may receive little or no support from family members. One longstanding rule in some African Canadian homes is that if you ever get into trouble with the police you are on your own.

The process that leads up to incarceration is a stressor that can also lead to mental illness and African Canadians, especially youths, will need support from their parents and other family members.

Many African Canadian young people have nobody to call while incarcerated or even someone to accept their collect calls. Others also show up in Court before a judge with only their lawyer and no family member and this can bring about increased fear, anxiety and even depression.

Support from family and friends is also necessary to help these African Canadian men and women after their release from incarceration get back on track.

Incarceration does serve a purpose because it can lead to the betterment of our communities. People should be able to live without fear of being victimized in their communities and criminals should never be let off the hook.

One of the ways that incarceration makes a community a healthier place to live is when we remove violent and abusive individuals that can include legal guardians and spouses from the homes and our broader communities.

Many African Canadian women live in fear due to violent, manipulative, possessive, controlling and abusive boyfriends and spouses who isolate them from their family and friends so that they can brainwash and physically and verbally abuse them. These women should always remember that manipulators only have their own selfish interest at heart and never the other person.

There is a reign of terror occurring under the radar in many African Canadian homes and children witnessing this terror may one day suffer from depression, anxiety, conduct disorder and post traumatic stress disorder.

There are many children as young as seven years old in the school system who are dealing with untreated mental illness and without intervention will be graduating to the justice system.

This reign of terror taking place in some African Canadians’ homes is called domestic violence and those engaging in this behaviour have silenced many women.

I am asking mothers and fathers to visit your daughter’s homes more often and ask specific questions around domestic violence. Sadly, it is important to note that some African Canadian women do not call the authorities for the perpetrator because they believe that child protective services will be called and their children may get taken away so they suffer in silence.

Domestic violence doesn’t only damage the immediate family members but it is far reaching and destroys the community also for years to come. Abused African Canadian women don’t only need to be incarcerated to have their mental health undermined for it is happening right in their homes that has become prisons.

There is an unsettling kind of hush about domestic violence in our African Canadian community that sickens the stomach. This silence is causing a lot of African Canadian women to suffer from depression and anxiety. Some sadly may even contemplate suicide.

Too many African Canadian abused women also suffer from low self-esteem and co-dependency. If these abusive men are incarcerated it could allow the women to rediscover themselves in a way that brings about freedom and a chance to gain the understanding that they deserve better.

Unfortunately there are some women who take back men who are not yet healed into the home after their incarceration to repeat the abuse and violence all over again. Still we know that domestic violence is not exclusive to African Canadian communities and that all cultural groups in Canada and around the world engage in this criminal behaviour.

African Canadian men are also abused by women although most will not confirm this. There are other violent offenders committing various crimes in our communities that severely destroy lives and need to be put away so that our communities can become healthy again.

The high rise in African Canadians being incarcerated is contributing to the rise in mental illness among this population. After their release they are then saddled with a double burden which is one of a criminal record and the other a criminalized mental health. Prisons are made with the intention to discipline people and if African Canadians are developing a mental illness whilst incarcerated perhaps we need to address this issue.

For those African Canadians with a mental illness the incarceration facility can become a place where they are mistreated and oppressed. This oppression along with a lack of culturally competent mental health care can undermine the recovery journey.

Due to their mental health issues they may refuse to follow rules, act out and find themselves in segregation. Putting African Canadians in seclusion with a mental illness can indeed worsen symptoms. Whilst in seclusion these African Canadians can now begin to sense things that seem to be real but rather it is created by their mind and they can also start talking to imaginary people.

Furthermore they could start making loud noises and this could be taken up as creating a commotion. Guards not trained in dealing with the symptoms of mental illness impacted by seclusion can then use heavy handed tactics and make matters worse.

The outcome can become grave for the incarcerated African Canadian experiencing the split from reality or any other individual for that matter.

Black people living with a mental illness whilst incarcerated or upon release normally find things that they say is blown out of proportion or misinterpreted. It is never okay for them to have mistrust about anyone or anything because they are quickly deemed as paranoid.

When African Canadians with a mental illness complain about anyone or anything they are quickly deemed as suffering from a delusion or referred to as deluded.

The daily beat down of being Black and living with a mental illness whether incarcerated or living in the outside community can undermine the mental health to the point that one feel like they have lost their personhood. The feeling of lost of personhood can be characterized as seeing oneself as simply being just Black and a mental health patient. Or seeing the illness rather than seeing the person.

Criminal punishment has a discriminatory face when it comes to African Canadians and Black people in general globally. African Canadians especially men are imprisoned at a very high rate and the stress of being incarcerated undermines their mental health.

African Canadians whose mental health was undermined during incarceration would need on their release safe and affordable housing, a decent job, peer support, help integrating back into society and an end to discrimination otherwise referred to as stigma. Surely the same would go for all people who are coming out of jail with or without a mental illness after serving their sentence.

We know that African Canadians and all people living with a mental illness can lead productive lives with sufficient supports.

We need to address and put to rest some of the nonsensical penalizing legislation that prevent African Canadians from getting back on their feet after they are released from incarceration.

Many face racism and an uncaring community who do not allow them to get jobs or access appropriate resources. Family members may even shun them because they do not want a jail bird, as they are referred to unpleasantly, to shame them.

Culturally competent mental health services for African Canadians when released from imprisonment will be necessary to help offset some of the damage done to their mental health whilst incarcerated.

The extra scrutiny that African Canadians will face after release from jail when in the community only adds to new mental health woes and the possibility of recidivism or relapsing into crime.

Society has little empathy for people who break the law as they are often viewed as criminals. But we must not forget that without appropriate cultural competent mental health services many will be arrested again and that is a criminal shame.

Incarceration contributes to the deterioration of the mental and physical health of African Canadians. Perhaps we should not imprison people committing minor crimes. There is a higher probability that African Canadian men will be incarcerated and have longer sentences than other groups of people.