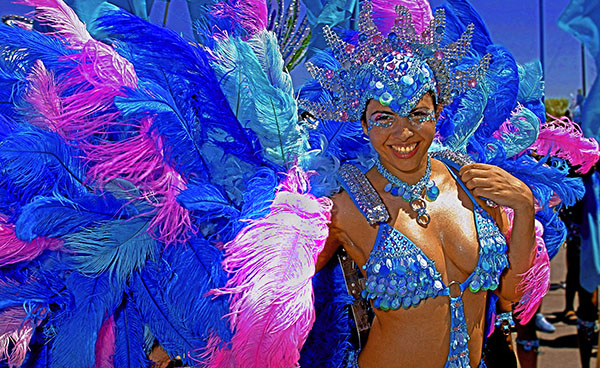 Carnival traditions in the Americas are a fascinating study, particularly because they reflect the syncretism of masquerade traditions from Africa and Europe.

In fact, throughout North, South, Central America and the Caribbean, the various carnival traditions that have evolved could be viewed among the few positive cultural aspects of the ‘collision’ between Europe and Africa that resulted in the societies of the “New World”. 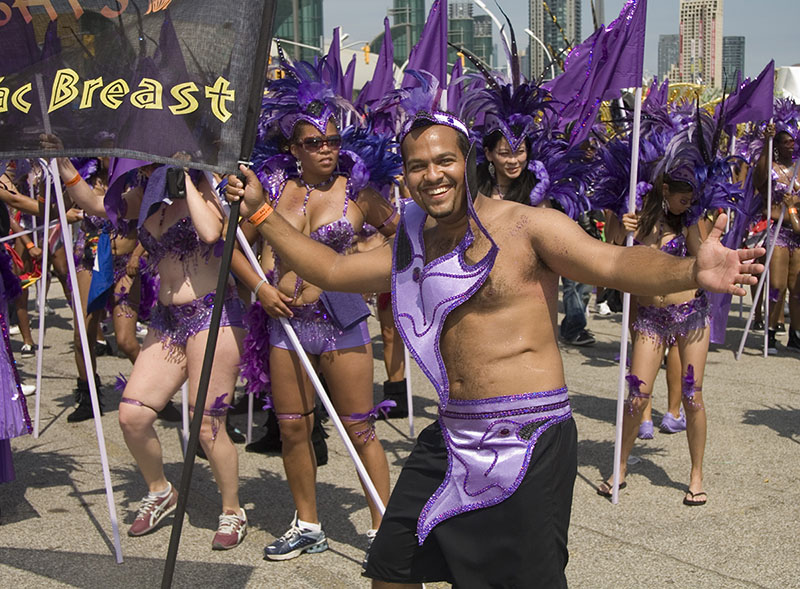 Africans brought to the West as slaves, came from cultures with deep rooted masking traditions, like the Mukanda traditions from ethnic groups in South Central Africa, and the Egungun traditions of the Yoruba in various West African countries.

There were numerous masking and masquerade traditions on the continent before the impact of colonialism changed the rituals and ceremonies of the different ethnic groups in Africa.

Reading about these traditions is one thing, but it’s a different story when one knows what it felt like to be transfixed in terror as a child, when confronted by a band of “Blue Devils” in Trinidad, and then to see that terror played out by villagers, young and old, in West Africa when confronted with a menacing Egungun masker.

It is truly fascinating as an observer to see how today’s masqueraders, like the “Jab Jab” in Trinidad, “play” their costumes with the same menacing intent as the counterparts from West Africa like the Egungun.  It is remarkable that cultures can “carry” traditions like this orally, over oceans and over centuries.

It should come as no surprise then, that Caribbean peoples brought their masquerade traditions to Toronto when they came to this society as immigrants.

The Toronto Carnival has grown out of a festival conceived as a gift to Canada on its Centenary, from the Caribbean peoples of Ontario, particularly Toronto.  Now an annual event, the Toronto Carnival parade was most heavily influenced by the Carnival tradition of Trinidad and Tobago.

While people of Jamaican heritage make up the majority of the Caribbean diaspora in Ontario, Jamaica had only the bare remnants of a masquerade tradition known as “Jonkonnu”.

The peoples of the Eastern Caribbean had the most vibrant Carnival traditions, with the Trinidad and Tobago Carnival being the largest and most influential.

The events in the Toronto Carnival are modelled exactly on the T&T Carnival, with its “King and Queen of the Bands” competition, the “Panorama” steelband competition and the Carnival Parade of Bands.  This is largely mirrored in the Carnivals throughout the Eastern Caribbean, so that made for a good fit.  The key Carnival events in Toronto involve a King and Queen of the Bands show, a “Pan Alive” steelband show and the Carnival Parade of Mas’ Bands.

Toronto’s Masquerade Bands are the largest of all those in North America, with the biggest band, Louis Saldenah’s, having over 4,000 registered costumed participants this year.  This size actually gets close to the size of the large mas’ bands in Trinidad and Tobago, and the large Samba Schools in the Rio Carnival, making the Toronto Carnival the crown jewel of the North American city carnivals.

We should note that the Carnival in Trinidad and Tobago is a pre-lenten celebration like New Orleans and Rio de Janeiro.  The Bahamian and Jamaican “Jonkonnu” parades take place just after Christmas, following the British “mumming” tradition.

Most Carnivals in the Eastern Caribbean like the ones in Antigua, Barbados and St. Vincent, coincide with the dates of the emancipation of slavery, in the July-August timeframe.

The timing of the Trinidad Carnival was influenced by the French Creole Roman Catholic culture that had developed in the island in the late 18th century and throughout the 19th century, though the island was never ruled by the French.

The latter is an interesting story that we do not have the time to explore here.  What is intriguing however, is that a French Creole influenced Carnival was brought to bilingual Canada, and celebrated on the Simcoe Day holiday weekend in Ontario, around the emancipation day timeframe, an emancipation of slavery that Lord John Graves Simcoe had played a pivotal role in bringing about. 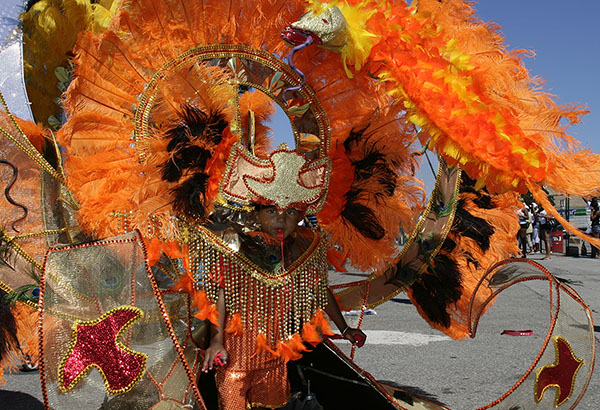 Each carnival in the Americas has its own cultural dynamic.  The New Orleans Mardi Gras Parade is most like the French Masquerade tradition that was its pre-genitor.  Much of its costumed masqueraders are up on a truck, a bit like the French court tradition that precedes it, though the Black American Krews parade on the road.  It is still very segregated and “class” conscious as far as the Krews are concerned.  As such there is still a lot of ‘Europe’ in the dynamic.

The Brazilian Carnival and Trinidad and Tobago Carnival have both been brought down to “earth” by the strong African influences in those societies, and the masquerade occurs on the roadways of the cities, almost taking over the whole country in each case.

I am fortunate to have directly participated as a masquerader or musician, or both, in carnivals in Montreal, Toronto, Rio and Port of Spain, and the Jonkonnu festival in Nassau, and have also been a spectator at the traditional and modern carnivals in Salvador, Bahia.

This has given me a unique perspective on “New World” carnival traditions and the similarities and differences between them.

The Trinidad and Tobago Carnival has evolved into what the Trinis would call “pretty mas”, very colourful costumes, a lot of bare skin, not too big on the pageantry any more, but really big on the “party” element.

The Rio Carnival is what I now consider the “greatest show on earth”, having experienced it more than once, huge on the pageantry and storytelling, but just as big on the party element as well, the best of both worlds, and beautifully staged.

The Toronto Carnival is still evolving, but leans towards the Trinidad and Tobago model because of the history.  And that’s just where I think there is a lack of artistic vision among the organizers and funders in Toronto.

I have had a long enough tenure in the city to remember the Bahamians being involved in the Toronto Carnival, and over the years, the Brazilians, the Uruguayans, the Ghanaians, the Cubans, even the Jamaicans.

Toronto has a great opportunity, with its unique “whole world in a city” demographic, to present a true Carnival of Carnivals, with a taste of all the “New World” carnivals, elements of African masquerades, and even getting the Europeans involved with their masking traditions, that were an important part of the original “New World” syncretisms.

Now wouldn’t that be a sight to see!  How do we make that happen?  Well, that’s the core of another whole article isn’t it!