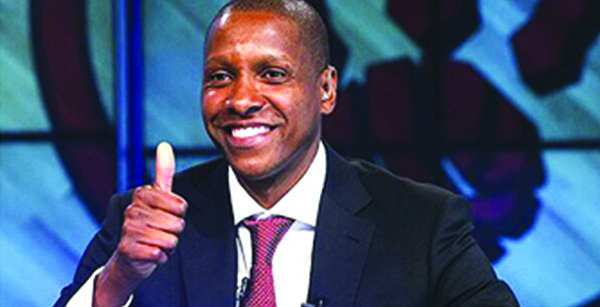 Photo above is of Masai Ujiri.

On the night the Black Business and Professional Association (BBPA) held its 33rd Annual Harry Jerome Awards (HJA), there was a lot of uncertainty regarding the attendance of two of the award recipients; Masai Ujiri and Cory Joseph.

As the General Manager of the Toronto Raptors, Ujiri was going to be presented with the BMO Presidents Award but he was in Washington with the team for their series-deciding game against the Wizards. The likelihood of Ujiri flying back to Toronto on the evening before his team attempted to delay elimination from the NBA playoffs was slim to none. Rational thinking would have one think that the former professional player turned basketball front office guru, would prefer to stay around his team.

But that is not to say that Ujiri was not happy and honored for being celebrated for his success as one of only five black general managers in the NBA – and for orchestrating the incredible turn around for the team in the last two seasons.

In a video message which was played for the packed hall at the Metro Toronto Convention Centre, Ujiri thanked his parents and family as the reason he strives and keeps working to be the best. He also talked about the biggest influence in his career:

“The person that has been a pillar of an example of excellence for me was Nelson Mandela.”

The late great Nelson Mandela positively impacted millions of lives and it was fitting that Ujiri credited him for his professional excellence. Further to this, Ujiri’s respect for Mandela is best reflected through the organization he helped to created called Giants of Africa – a moniker which as oft been used to describe Mandela. Ujiri co-founded the organization in 2003 as a way to develop and give back to the basketball community in Africa.

The work Ujiri is doing with Giants of Africa helps junior and senior level basketball players to develop skills which are comparable to those of their counterparts in Europe and North America. In addition to this, the organization has a partnership with one of the NBA’s flagship international outreach programs – Basketball Without Boarders. This partnership further increases the exposure for basketball-playing youth in Africa.

“The advice I would give others on their journey to success – follow your dreams.” – Masai Ujiri

When one combines the impressive work Ujiri has done – being the catalyst of change for an evolving and improving Raptors team; the creation and governing work he does with Giants of Africa; his work and partnership with Basketball Without Borders – one can easily see why the BBPA made the right choice in him as the recipient of their 2015 Presidents Award.

The Toronto Raptors eventually lost, disappointedly, in four straight games to the aforementioned Wizards. This means Ujiri is once again faced with the difficult task of evaluating and retooling the roster, and maybe even the coaching staff also.

Given his track record, there is no doubt that he will do an excellent job. 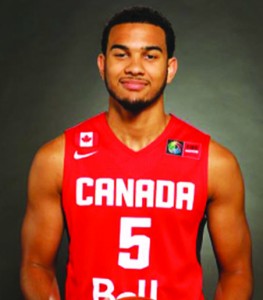 How often does one hear of a NBA rookie asking to be sent down to the NBA’s Developmental League (D-League)? In this day and age where most rookies want and expect to get ample playing time so they can show and prove that they belong on big stage, Cory Joseph stands out as one who understand that his time to shine will come, and when it does, he wants to be ready to own it.

Drafted by the San Antonio Spurs in the first round of the 2011 NBA Draft, Joseph shocked and impressed his legendary coach, Gregg Popovich, when he requested to be sent down to the D-League. Joseph, who had already had a few stints in the D-League that year because of the clog of capable veterans at his position, figured that the move would help speed up his development instead of sitting and watching his teammates play.

This level of humility and sheer desire to get better is one of the reasons why Joseph was tabbed as the HJA Athletics Awards recipient by the BBPA. Much like the scheduling dilemma presented by NBA Playoffs preventing Ujiri from attending the award ceremony, Joseph could not be in attendance either; his Spurs team was in a tough postseason competition against the Los Angeles Clippers.

Joseph grew up in Pickering, Ontario and attended Pickering High School. Early on in his basketball career, he showed a desire to get better and so it was no surprise when he wanted to play against better competition – Joseph enrolled at Findlay Prep School in Nevada where he increased his recruiting demand by leading them to back-to-back championships. Joseph took part in the 2010 McDonald’s All-American Game and also won the McDonald’s 3-point competition and was named a Jordan Brand Classic All-American.

All of these accomplishments seem to just be the beginning of a long and illustrious basketball career for the point guard. His Spurs team are currently tied with the Clippers as they strive to repeat as NBA Champions. Another Spurs Championship will make him put him in an exclusive and small company of Canadians with multiple NBA rings.

Joseph, along with players like Tristan Thompson, Andrew Wiggins, Nik Stauskas, Anthony Bennett, and others, are the new breed of Canadians making a name for themselves in the NBA.

The HJA Athletics Award went to a deserving recipient, one whose star is just beginning to shine.