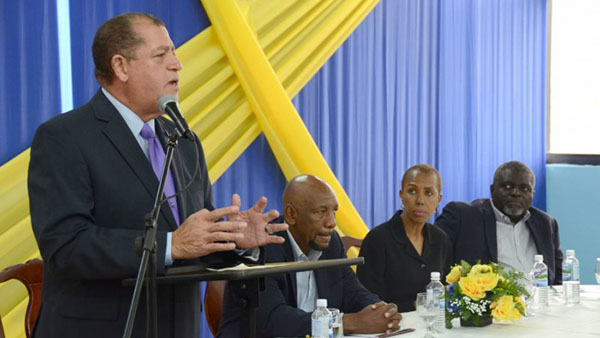 KINGSTON, Jamaica, Mar 12, (CMC) – The new Jamaica government says, it intends to complete negotiations with the various public sector groups that are yet to sign on to the Heads of Agreement for wage increases and improved benefits, for the 2015/17 period. 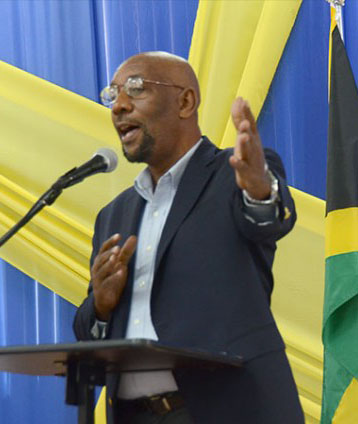 “I know we are 98 per cent complete, but I will meet with the staff on Monday. We need to get the rest out of the way and then we can move towards the transformation,” said the Minister of State with responsibility for the Public Service, Rudyard Spencer.

Spencer met with the staff, yesterday, and later said, after acquainting himself with the progress of the wage negations, he will meet with the groups that have not yet signed on to the agreement.

But he noted, the need for partnership in advancing the interest of the public sector.

“The business of the public service has just begun, and together, we will find solutions, together we will make the tough decisions that have to be made.

“We have no illusion about the task that is ahead of us, but I am confident that with the type and caliber of people we have in the public service and with God’s will, we will not only overcome but we will move forward,” he said.

Meanwhile, Finance Minister, Audley Shaw, has indicated that the government would be moving to provide tax relief to people earning more than J$1.5 million (one Jamaica dollars=US$0.008 cents) annually.

The Jamaica Labour Party (JLP) had made a promise, during the February 25 general election, that persons earning below J$1.5 million will pay no income tax as of next month.

The party said, people earning between $1.5 million and five million dollars will continue to pay the same rate of tax as they do now.

Shaw said, he expects the new tax plan will result in a happier and more productive workforce in the public and private sectors.